(CMR) Police have confirmed reports of a three accident by the entrance of Everglo bar in Bodden Town is under investigation. CMR initially reported late Thursday night that a silver car had collided with an orange Volkswagen type 18 that was seriously damaged. The vehicle also side-swiped another parked car.

Police have now confirmed that shortly after 11:00 pm on Thursday, 26 December, officers responded to a report of a three-vehicle collision with injuries on Bodden Town Road near Wood’s Close. 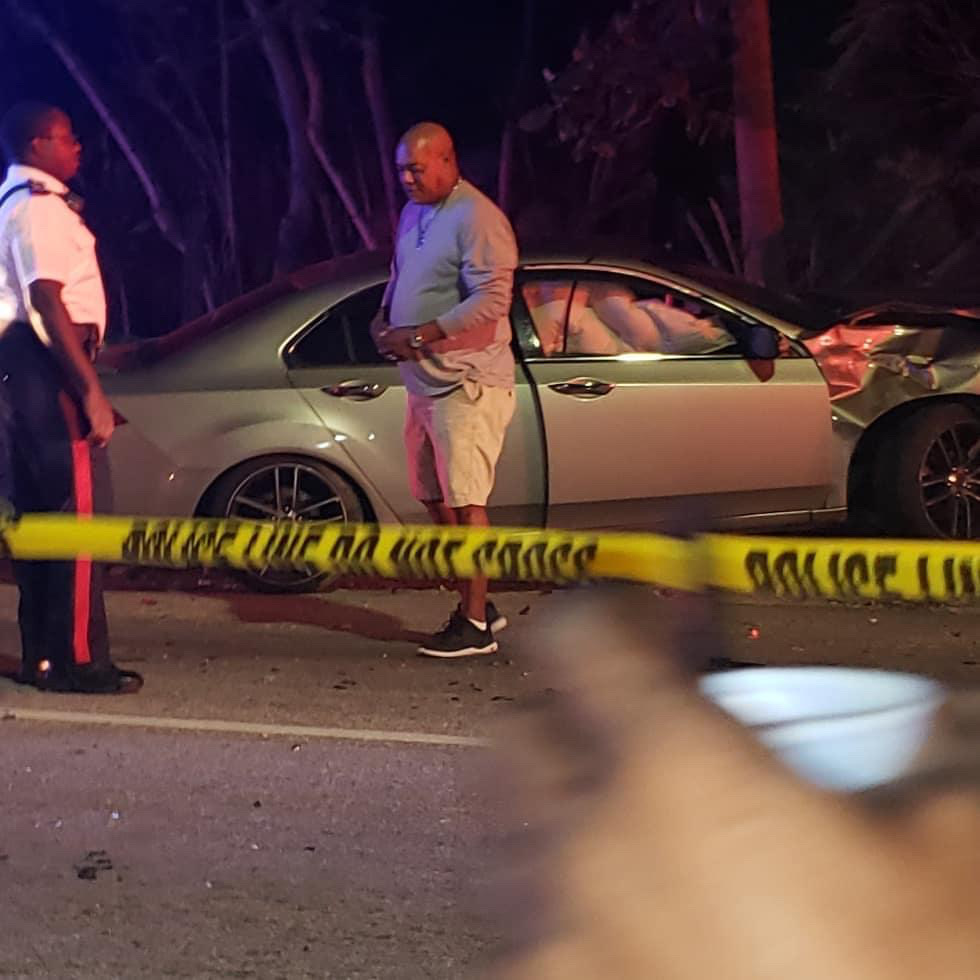 The driver of the second vehicle sustained non-life-threatening injuries including a broken arm and was transported to the Cayman Islands Hospital for treatment. The occupants of the first vehicle fled the scene on foot, leaving the vehicle behind. This vehicle was later reported stolen. The third vehicle was unoccupied at the time of the collision.

Despite the police indicating the car was reported stolen exclusive CMR reports indicate that the car belonged to his girlfriend and he was not supposed to be driving so they would not be surprised if the vehicle would be later reported: “stolen”.

The matter is currently under investigation.

Police confirmed from Christmas Eve through Boxing Day (24–26 December), there were no major incidents reported. They shared:

“We would like to thank the public for doing their part in following the law, and helping to keep Cayman safe and peaceful.”

Intensified policing operations will continue throughout the season, up to and including the New Year’s holidays. Of particular note, the Traffic & Roads Policing Unit’s intensified road enforcement operations resulted in three persons being arrested for DUI on Christmas Day, with two of those persons having a blood alcohol content of over .200% (or twice the legal limit).