(CMR) Pastor Christopher Constantine Murray appeared in Grand Court on Tuesday, November 26 to answer charges that he forged the signatures of his church members and submitted fraudulent documents in order to incorporate a church.

Murray, the pastor of Bethel Refuge Apostolic Church, is also employed by John Gray High School as a counselor and is accused of taking advantage of other church members. The allegations are that between 2010 and 2011 he was a member at All Nations Pentecostal Church, located in the Washington Boulevard area of George Town. 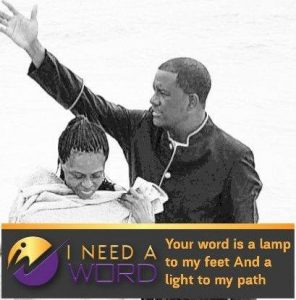 According to prosecutor Elisabeth Lees, at some point he decided along with some other church members to open up their own church which they wanted to register as a non-profit organization (NGO). The process was lengthy but around 2012 the registration was finally completed. However, a rift soon started with those founding members over the management of the church and several other founding members felt they were being forced out of the organization.

During this discourse it came to their attention that they were listed as directors of the church; which they were unaware of. Documentation was requested from Murray but he refused to supply it. The men conducted a request via the General Registry and soon realized that their signatures has been forged on the corporation registration documents.

Murray was arrested and charged with forgery and uttering a false document. He denies the allegations.

No, thanks.
How do you feel after reading this?
Tags: Christopher Murray

(CMR) A police officer and his sexual companion were convicted this afternoon in a sexual assault case where they claimed that...

(CMR) The police have announced that they arrested Justin Kyle Jackson (23) of West Bay, who had been wanted by...

(CMR) Neville Lloyd Passard was sentenced on Thursday afternoon to 8 years and 5 months for 11 counts of defilement...

(CMR) Eric Brian Williams Soto, the man arrested in a police chase on Friday, was denied bail when he appeared...

(CMR) 63-year-old Elvis McKeever appeared in Grand Court on Friday afternoon before Judge Cheryll Richard for a mention. He pleaded...

“I just feel like a burden has been lifted, I just couldn't do it anymore. I prayed to God that...