(CMR) The controversial Oxitec biotechnology company is out! This comes just months after signing a $588,000 deal with the Cayman Islands Government. Oxitec has already laid off their entire 5 member production team with a view to becoming completely out within a month.

Exclusive CMR sources have indicated that the Moquito Research & Control Unit (MRCU) has decided to pull the plug after the Director decided that the program is not producing the anticipated results.

For quite some time now there has been some infighting about the effectiveness of the Oxitec genetically modified program.

We understand that MRCU management are in meetings toda. They have decided to send out disease prevention officers to West Bay to clean up the Oxitec sites because the mosquito population is out of control there. It was disclosed earlier in the year that despite the pilot program falling short of expectation government still signed a new deal with the company. 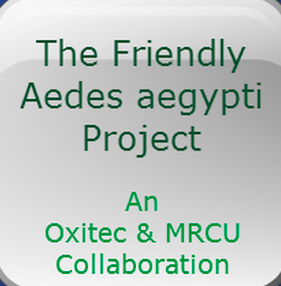 That program focused on the southwestern area of West Bay but sources now confirm that the program is being pulled and labelled a complete failure. Concerns have grown that not only was the project not successful but the mosquito population appears to be on the increase. This is a serious case of concern for the various diseases the Aedes aegypti mosquitoes carry including Zika, dengue fever, chikungunya, Mayaro and yellow fever.

Oxitec introduced genetically modified male mosquitoes to reduce the Aedes aegypti population after a much publicized court battle. The GM mosquitoes program was to operate in conjunction with MRCU’s traditional ground control measures of inspecting and spraying sources of standing water in which Aedes aegypti might breed. Coined the ‘Friendly Aedes aegypti Programme’ for 2018” it barely got off the ground before getting the axe.

Oxitec, which was formerly UK-based but was recently bought out by a US conglomerate claimed that their GM method would have greatly reduced the population of mosquitoes on the island. However, in February the government announced that they had cancelled the national roll-out of the program. Nancy Barnard, MRCU acting director blamed it on budget cuts at the time.