(CMR) The Minister of Agriculture, The Hon. Julianna O'Connor-Connolly refused to allow a Brac Cooler Festival to be held at the Cayman Brac Agriculture Grounds because she does not approve of that “ungodly foolishness”.

The event was held on Sunday evening at 3:00 pm at Scott's Dock instead of the original government owned venue.

According to CMR sources, it appears that even after some form of preliminary approval was given and flyers designed with that information on it the minister then instructed the District Commissioner to withdraw the location. She went further and posted on her Facebook social media page Monday morning that “The Ministry of Agriculture has not given any approval for this proposed activity”.

The ministry has since indicated that there was a legal reason why the facility could not be approved. Apparently, at the moment the government is waiting on accompanying regulations to be gazetted.

“Consequently,  the objection to the use of public land for this event was made by the PLC, on the basis that, in the absence of regulations, it can only non-object to activities on crown land that do not require a permit.”

Despite this explanation, critics argue that this is not the first time that the minister had co-mingled church and state with many wondering when she will be legally or constitutionally changed for decisions based on her religious beliefs. 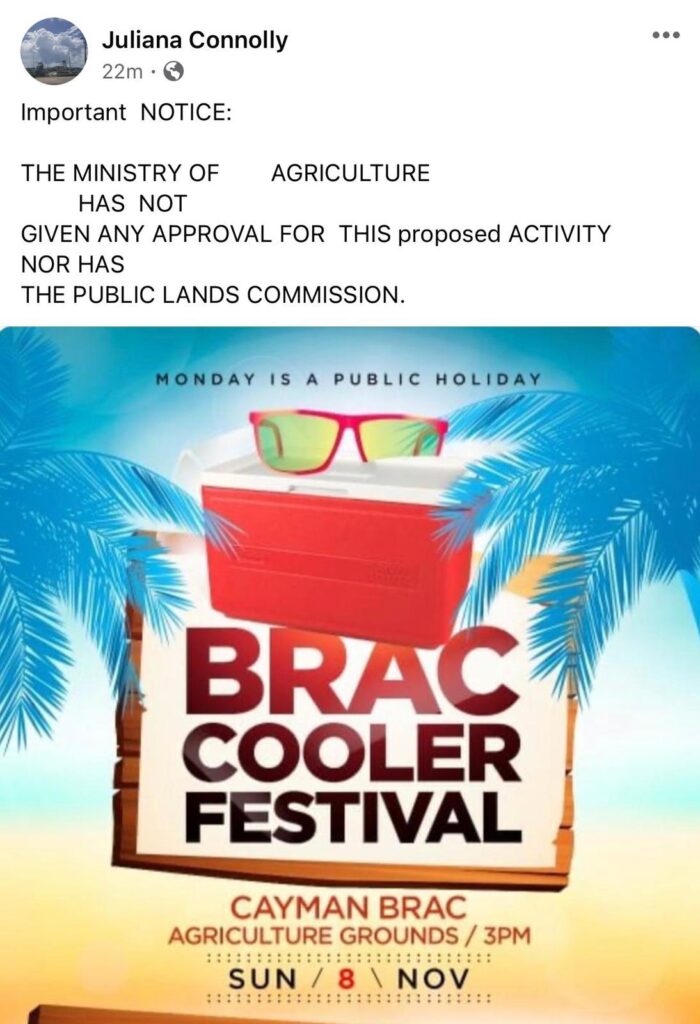 Cedric Gidarisingh of Partysurfers applied to the ministry for the use of the public land. Below is an email he received asking a number of probative questions before a decision could be made. It is understood that the process was then “rubber-stamped” according to one source and the planning proceeded based on that. It was only later on the same day as the event that the Ministry made her objections be publicly known.

Gidarisingh hosted several events over the Remembrance Day long holiday weekend in Cayman Brac. By all accounts, they were extremely successful with numerous persons traveling from Grand Cayman to enjoy the festivities. One source indicated that Cayman Airways made at least four trips Monday with the jet for three separate events that were hosted over the weekend.

Sources close to this event shared that the unnamed organizer had requested approval for Public Beach instead of the Agriculture Ground and once sent the below questions decide to host the venue at a private portion of Scotts Dock instead which had no government affiliation but is owned by Scott's Development. 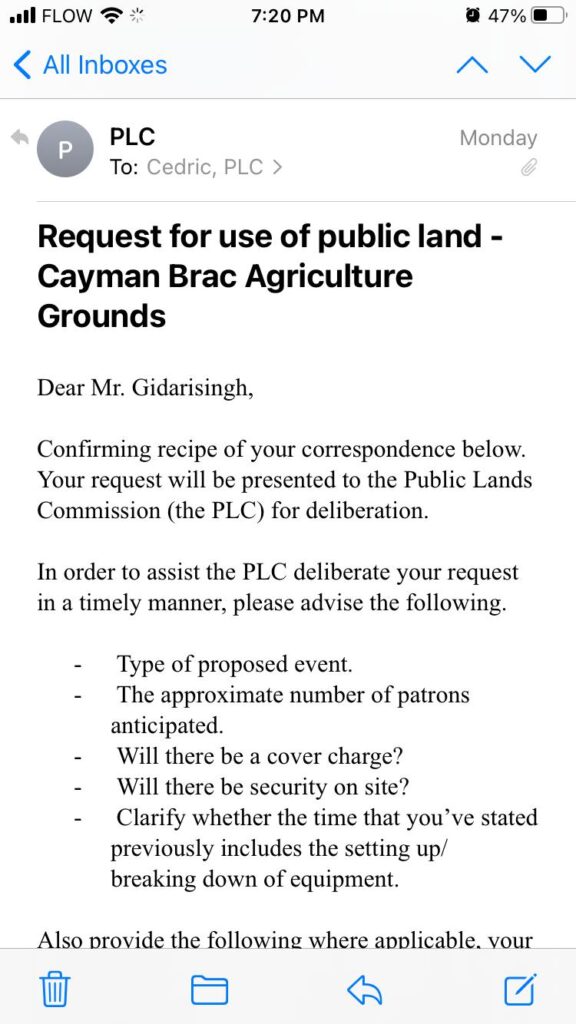