One of them is a Honda CR-V SUV, the fourth vehicle of this make and model stolen over the last week, two of which have been recovered. Police say that shortly after midnight this morning, they responded to a report that a silver 1996 Honda CR-V, registration 101 938, had been stolen near Raleigh Quay, West Bay. The vehicle, which has rust damage to the exterior, duct tape on the roof and a spare tire with a plug mounted on the rear, was last seen being driven from the location by a man of dark complexion with low-cut hair.

Then, just before 7:00 this morning, police responded to a report that a dark beige 2007 Honda Accord, registration 124 491, had been stolen near Condor Road, Bodden Town. This followed a burglary in the vicinity in which the keys to the vehicle were among the items taken. The car was last seen at 6:30 pm on Thursday, 23 November. 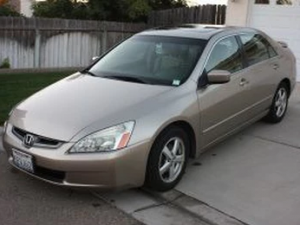 Police are also dealing with a number of reports over the last two days of missing or stolen vehicle license plates from various locations in George Town. On Wednesday, 22 November, the front and rear plates, registration 111 733, were stolen from a vehicle parked on Seymour Road. Then on Thursday morning, the front license plate, 129 702, was taken from a Kia Sorento also parked somewhere in the capital. And this morning police received a report that a front license plate 176 906 was taken from a Mitsubishi Lancer.

Police are asking anyone who sees or has any information about the whereabouts of these stolen vehicles, and anyone who sees a vehicle driving with these missing plates, to please call 911 or the George Town Police Station at 949-4222. They can also contact the RCIPS Confidential Tip Line at 949-7777 or the Crime Stoppers Tip Line at 800-8477(TIPS) to remain anonymous.

No, thanks.
How do you feel after reading this?
Tags: Stolen Car