Amid the ongoing fallout from sexual assault and harassment allegations against Hollywood movie mogul Harvey Weinstein, it has reignited a conversation about sexual assault with women using the #MeToo hashtag.

Caymanians have taken to social media to express their support for the movement and sexual assault and harassment victims with the #MeToo campaign. The outpour of hashtag postings has been notable across so many social media accounts.

The trend was actually created by African American activist, Tarana Burke, in 2007 long before hashtags even existed. Burke is the founder of young organization Just Be Inc., The 44-year-old told Ebony Magazine that she created the campaign as a grass-roots movement to reach sexual assault survivors in underprivileged communities.

“It wasn’t built to be a viral campaign or a hashtag that is here today and forgotten tomorrow,” Burke told Ebony on Monday. “It was a catchphrase to be used from survivor to survivor to let folks know that they were not alone and that a movement for radical healing was happening and possible.”

The campaign recently turned into a hashtag after actress Alyssa Milano wrote a call-out on Twitter asking followers to share their stories of sexual harassment and assault using the phrase “Me too.” While Milano did not state that she created the campaign, many media outlets credited the actress for originating the hashtag.

Burke told Ebony that it’s “powerful” to see the hashtag go viral. “What’s happening now is powerful,” she said. “And I salute it and the women who have disclosed but the power of using ‘me too’ has always been in the fact that it can be a conversation starter or the whole conversation ― but it was us talking to us.” 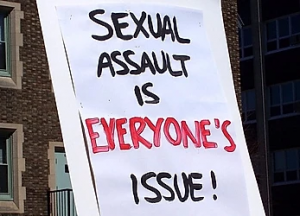 As a survivor of sexual violence herself, Burke said she used the “me too” phrase as a way to connect with other survivors, specifically young women of color.

People in Cayman have also been sharing their experiences with victimization by using the #MeToo on social media. The viral posts have gained a lot of interests and people are beginning to lend their voices to this worthy cause.

Floyd Moxam, personal trainer and professional boxer posted his support also and encouraged women to learn to defend themselves through martial arts. He stated that

for me a lot of the women that come to me for training have had violent encounters. but the majority of assaults aren't sexual. violence against women is just as much of a problem. with the #metoo it really disturbed me to see how many women that I know and interact with on a regular basis have been victims of sexual harassment or assault. I think the hashtag helped to give women a chance to speak up when they normally wouldn't have said anything. 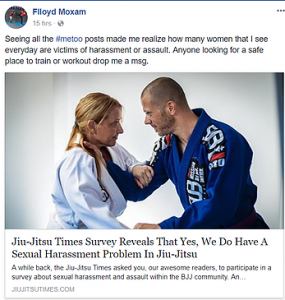 No, thanks.
How do you feel after reading this?
Tags: sexual assault