(CMR) Sandra Hill appeared in court this afternoon and pleaded not guilty to two counts relating to the podcast show and expose on local man Matthew Leslie that occurred in January 2019.

Crown Counsel Darlene Oko presented the amended indictment today that corrected some issues that attorney Clayton Phuran pointed out at the last court hearing two weeks prior. Oko indicated that she had amended the indictment to “correct minor matters as to form”.

The letter sought to explain that the crown was open to accepting a plea deal to either offense thereby allowing the second count to fall away entirely. However, if guilty pleas were entered then only one count would be pursued at trial. After brief submissions from Phuran to a potential issue of prejudice against the defendant because of overloading the indictment, it was confirmed by the prosecution that they would not be resurrecting the second count at any time. 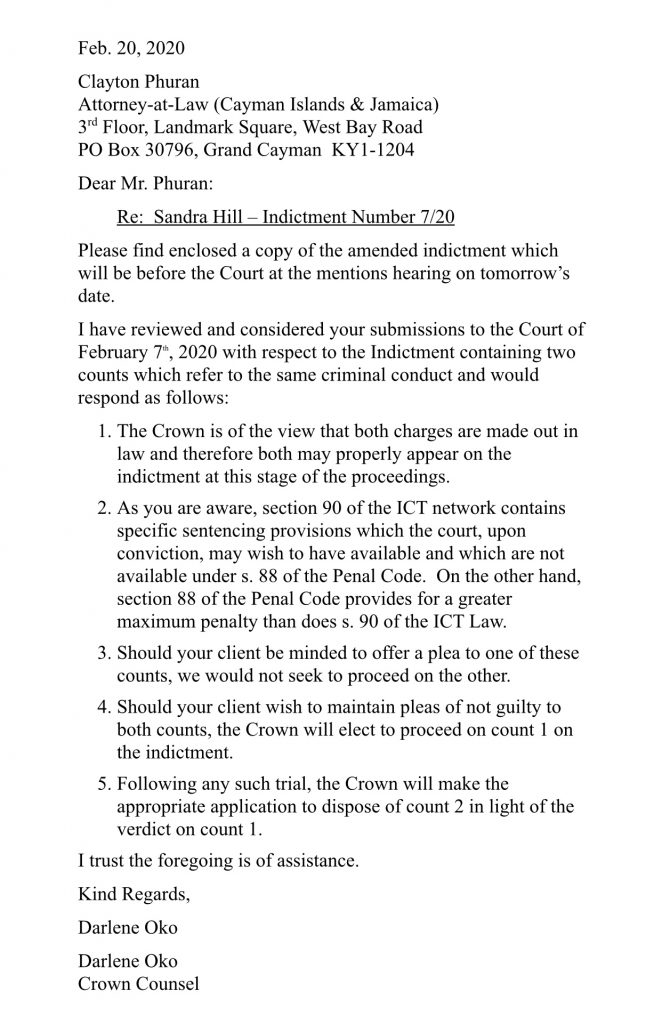 Satisfied that addressed his concerns, Hill pleaded not guilty to both counts and it was confirmed that the trial on count one alone which relates to the alleged harassment of Leslie would proceed. The misuse of ICTA would not be taken to trial.