(CMR) Top Taste Restaurant is looking for the public's assistance in finding a young Nicaraguan national who they caught on video stealing a business mobile phone on June 10. His Facebook name is Cito Webster Omier.

The man was caught on security camera picking up the Samsung S8 from a table in the restaurant after sitting there and waiting for his takeout food. The phone was in a red case.

Employees at the store made contact with him and he claimed he was going to return the phone noting that he didn't steal it but had taken it up for the owner so that he could return it. Conversations between him on June 11 indicate he was agreeing to return the phone. However, almost a week later he has not done so. 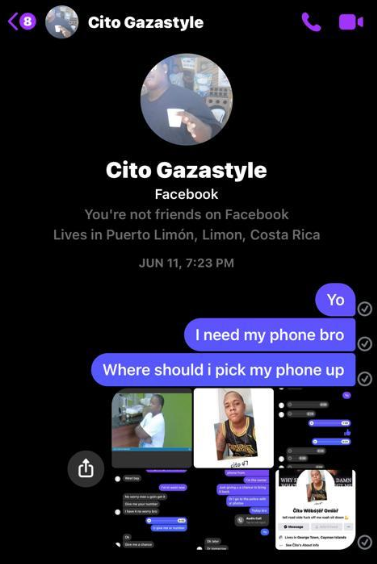