(CMR) The Caymanian LGBT community are beginning to forge a silent revolution for marriage rights equality by living their lives uninhibited without fear. Friday, June 22, another Caymanian man married his partner of 4 years in an elegant beach ceremony on their anniversary at the prestigious Ritz Carlton, Grand Cayman.

Anthony Hawkins and Jeff Schick tied the knot in a Seven Mile Beach ceremony surrounded by the love of family and friends after a dress rehearsal the previous day. They were legally married on Monday in Florida. The local ceremony was officiated by a family friend and followed by a chartered catamaran outing to Stingray City and the barrier reef. 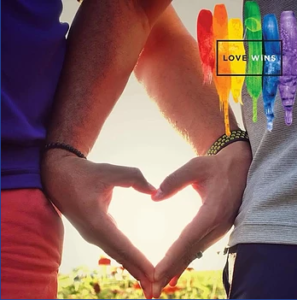 Several months ago another Caymanian man married his partner in a ceremony at the local Harquail Theater and it caught the attention of local politicians who allegedly made inquiries into the matter. In other LGBT news, Caymanain Chantel Day is mounting a legal challenge against the ban on same-sex marriages in the Cayman Islands.

Despite resistance by some these couples have simply lived their lives with the motto that LOVE WINS! They have made movements on the social scene that has caused a rippling affect on many fronts including social media and perhaps most importantly in the hearts and minds of some. One CMR fan noted that:

pebble on the lake – the ripples will have far reaching implications for us all; gay, straight or bi-sexual. Ultimately it's a fight for equality for all.”

Hawkins shared that they were only celebrating their love on their anniversary and have received overwhelming support from many including total strangers. They were not making any political statements but do appreciate that people are grateful:

“The Ritz has been beyond accepting and trying to make our day special. It was incredible to be approached by random guests and employees of the Ritz who wanted to thank us for having the courage to get married in such a public fashion. (Since we are the first same sex wedding ever at a hotel on the island).”

Ironically this weekend was PRIDE weekend in the US – where LGBT persons celebrate with marches, concerts, talks and fundraisers. International Pride events take place through the summer, with Paris celebrating next week (30 June), London and Madrid staging parades on 7 July and Amsterdam's main event not coming until 4 August. But for the US, many of the biggest and most notable celebrations are happening this weekend.

In an interesting twist CNN published a story just today in which a sexual abuse victims shares that Pope Francis told him:

The California photographer, Jason Lanier, admits that this is his first gay wedding shoot. He shared his evolution from growing up in a strict religious background and never imagining himself offering his photography services to now shooting the Hawkins and Schick ceremony.