Jamaica running out of medical oxygen

Jamaica running out of oxygen

(CMR) IGL, Jamaica's sole producer of medical oxygen, has run out of oxygen with no more available until Monday. The company has advised hospitals and medical practitioners to use their existing supplies carefully. Jamaica's surge in COVID numbers continues to place a burden on their healthcare system including available hospital beds.

Authorities were advised late Friday night that IGL was unable to provide any more bulk oxygen until Monday. Hospital staff has been advised to conserve the oxygen as much as possible by turning it off during patient eating and bathroom breaks. They are also waiting until a patient's oxygen levels drop a bit lower than they usually would allow for before administering oxygen.

Jamaica recorded the highest number of hospitalization of COVID patients with some 739 people in facilities islandwide.

The Health Ministry announced Friday afternoon on their Facebook page that they would be restricted to conducting emergency care services only at this time as COVID cases are pressing the capacity levels of hospitals to the brink. 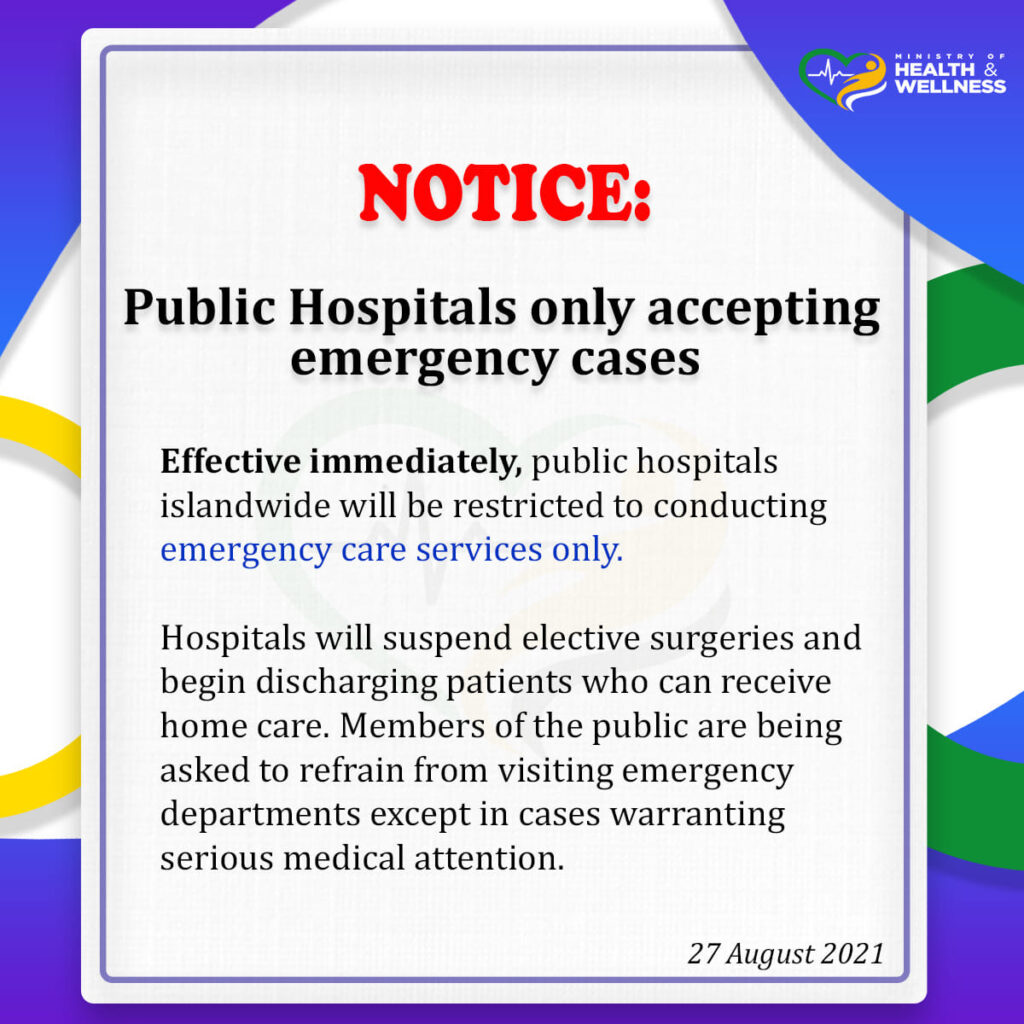 According to the Jamaican Gleaner, Health Minister, Dr Christopher Tufton in confirming the oxygen supply shortage said the situation has arisen due to high demand, but said the government is trying to manage the problem.

According to the clinical management summary for Friday noted that there are a total of 835 confirmed cases with Ninety-two were critically ill and 61 moderately ill, meaning they would among other things, require oxygenation. 65,734 overall have been confirmed to have contacted the virus in Jamaica.

It was shared on Friday that Canada has assisted by donating CAD $100,000 (JAD $11.3 million) for the provision of 48 hospital beds to the Ministry of Health and Wellness. Donations were done through the Canada Fund for Local Initiatives (CFLI). Jamaica also received a donation of 200,000 doses of the Astrazeneca vacation from the Government of Canada several days ago. 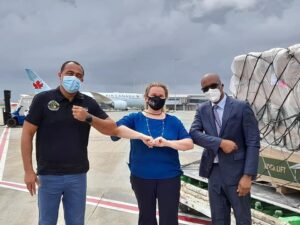 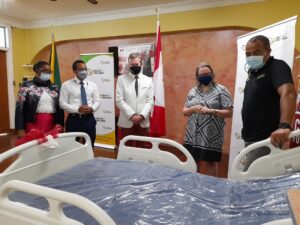 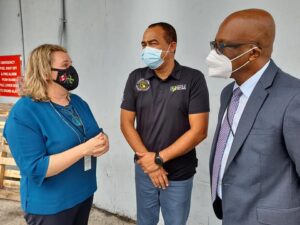 In the midst of all of this, the government is also rolling out a vaccination blitz this weekend across the island. The Jamaican government is aiming for a 65 per cent vaccination rate by March 2022. In some positive news, the government confirmed that it has vaccinated 21,000 Jamaican on Tuesday, August 24 and has now administered some 500,605 does as of August 26. Only 139,242 have received both recommended doses.

Since COVID-19 vaccinations began in March this year, the island has received more than a million (some 1,139,140) doses of vaccines, including from the African Medical Supply Platform, the COVAX Facility, Canada, India, Mexico, the United Kingdom, and the United States. The vaccines are AstraZeneca, Johnson & Johnson and Pfizer.

No, thanks.
How do you feel after reading this?
Tags: IGL JamaicaJamaica

Man deported from Cayman to Jamaica charged with murder

(CMR) A Jamaican fugitive recently deported from the Cayman Islands has been charged with murder by the Jamaica Constabulary Force....