(CMR) A boat captain has been charged in Kingston, Jamaica after two women drowned when his unlicensed vessel capsized on Thursday in Port Royal.

The police Corporate Communications Unit says Herbert Dowie, 57, has been charged for operating an unlicensed vessel. He is scheduled to appear in the Kingston and St Andrew Parish Court court on January 21.

Deceased are Janelle Decasseres, 35, of Summit Heights, in St Andrew, and Edith Petscha, 45, of Evergreen Drive in Hatfield, Manchester.

According to the police, the two women were among a group of twelve persons who were being transported to Lime Cay shortly before 9:00 a.m. when the vessel in which they were travelling “encountered difficulties.”

“The captain was unable to rectify the issue and the vessel capsized,” the police said in a statement. The police say all 12 passengers were rescued by the Jamaica Defence Force Coast Guard and the Marine Police and transported to hospital where the two women were pronounced dead. 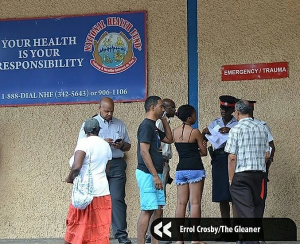 The decision to file charges against Dowie comes in the wake of a preliminary report which found that the vessel, the F/V ‘Geraldine’, was “not licensed by the Maritime Authority to carry passengers.”

The boast was previously authorized to carry eight persons but that certification expired in 2014.

“The Harbour Rules 1971…prohibit the operation of vessels carrying passengers for gain without the vessel being issued with a certificate evidencing seaworthiness granted by the Maritime Authority of Jamaica,” the report said.

As a result, the Maritime Authority said preliminary investigations suggest that overcrowding and the use of a vessel not constructed to carry passengers were among the factors that contributed to the mishap.

It also blamed adverse sea conditions and the absence of communication devices to alert nearby vessels.