The RCIPS would like to remind the public that the possession and/or circulation of indecent photographs are crimes and will be investigated.

In the past week, the police have received multiple reports regarding the circulation of indecent photos of residents on the island via an Instagram profile. The site was a compilation of photos from various young ladies attempting to “slut-shame” them.

The host of the user name was purportedly posting pictures of young women as well as demeaning comments calling them names and making other negative comments. The profile was taken down around the time the complaints were made to the police.

CMR received multiple reports and evidence of the postings late last week and we understand it was reported to Instagram who took it down. The collage imagines that CMR saw were mostly selfies taken by the girls themselves. Several other guys commented applauding the behavior of the account holder. 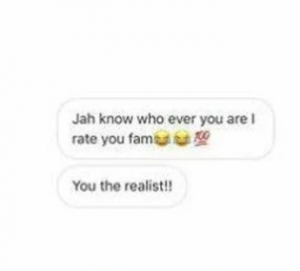 It is alleged that some of the pictures were photos of girls under the age of 18, however, it is understood that these photos were taken with the consent of or even by the girls themselves, but were never intended to be shared publicly.

The RCIPS would also like to caution young people about the potential consequences of sharing photos and personal information via social media.

“We do not want to criminalize young people, but educate them about the potential long-term consequences of taking and sharing these kinds of photos,” said Detective Inspector Kevin Ashworth, Co-Supervisor of the MASH.

“Images that are shared via any social media platform can resurface later and cause embarrassment or worse. We also want them to understand that even just sharing personal photos of this nature with one other person through their phones can be an offense, in addition to publicizing or distributing them.”

For informational purposes regarding the laws that govern such indecent publications, please see below:

(a) has in his possession an indecent photograph or pseudo-photograph of a child;

(b) takes permits to be taken or makes an indecent photograph or pseudo-photograph of a child; or

(c) distributes or shows an indecent photograph or pseudo-photograph of a child,

commits an offense and is liable on conviction on indictment to imprisonment for fifteen years.

(a) for the purpose of or by way of trade or for the purpose of distribution or public exhibition, makes, produces or has in his possession any one or more obscene writings, drawings, prints, paintings, printed matter, pictures, posters, emblems, photographs, cinematograph films, discs, tapes or other obscene objects or any other object tending to corrupt morals;

commits an offense and is liable to a fine of two hundred dollars and to imprisonment for three months.

(1) A person who knowingly uses an ICT network or ICT service to defraud, abuse, annoy, threaten or harass any other person commits an offense and is liable, on summary conviction, to a fine of ten thousand dollars and to imprisonment for one year, or, on conviction on indictment, to a fine of twenty thousand dollars and to imprisonment for two years.

Slut-shaming is defined by many as a process in which women are attacked for their transgression of accepted codes of sexual conduct. In recent years there has been a huge public campaign to end slut-shaming led by celebrities such as Amber Rose. There's an annual event called SlutWalk aimed by eradicating this way of thinking and treating women.

Anyone with information about these posts is encouraged to call the MASH or FSU at 814-6000.