Marl Road founder started a discussion on Facebook this morning surrounding a cruise ship passenger who claims that an emergency visit during her pregnancy led her to the Health Services Authority (“HSA”) and she had an extremely poor experience there.

In her video interview with her former employer KPNX-TV out of Arizona, Kim Covington alleges to have had a “catastrophic” ER visit after the ship's doctors informed her that at only 5 months she was in premature labor and at serious health risk if she remained on the ship.

According to her version of events she was “dumped in a tug boat” and when arrived at the hospital was told, “everyone had taken a break to go to the theater.” The casual use of this word theater in this content would lead the average person to believe that it's the movie theater and not the operating room.

Many social media commentators were outraged at this comment which makes it sound as though all physicians at the hospital were at the local cinema enjoying their afternoon off. One commentator noted, “she obviously didn't understand that theater in the UK means operating room, not the movie theater”.

Her interview also doesn't confirm if the diagnosis that she only had constipation was accurate or not. More amazingly, Covington claims the HSA physicians told her that there was no medication available for her and she had to take the next flight off-island the following day.

Whilst printed just 2 days ago the interview omits to state that in fact, the incident took place some 13 years earlier. CMR reached out to Covington via email and she confirmed that the incident was that long ago and that she hadn't yet watched the aired piece but “I'm sure with time constraints Krystle couldn't share every detail.”

Responding to our questions Covington replied:

“It was not a movie theater but a live production. I never said the movies.

We were livid that they didn't have the necessary meds at the hospital. Made no sense to us. I remember we had to pay in full before they would release us. The level of care on the ship and at the hospital was of course poor. I pray it has improved since.

I was diagnosed with severe constipation and fibroid tumors complicated the matter. We haven't been on a cruise ship since.”

In a second email response where we pressed her to inquire if she had misunderstood the use of the word theater she further replied:

“All I know is that I sat in pain for what felt like hours. I was told everyone was at the theater. I then remember a radiologist taking x-rays and speculating that my appendix may have burst. We were scared to death. It was certainly no laughing matter then.”

Exclusive CMR sources confirm that she was registered around 6:05 pm on 17th December 2003 and discharged the following afternoon around 1 pm.

Given the immense interest in the story the HSA has issued a public statement on its social media page stating:

The Cayman Islands Health Services Authority (HSA) is aware of the online media report containing several inaccuracies about a patient experience at the Cayman Islands Hospital by a cruise passenger. It is important to note that our records indicate that a passenger with the referenced name in the online report was transferred to our Accident & Emergency Department in December 2003, almost 14 years ago.

Notwithstanding the time frame, the Health Services Authority has thoroughly investigated the claims made in this report and determined the online report to be baseless and not consistent with the documentation in the patient’s records.

We are pleased that Ms. Covington appears to be in good health and hope she’ll be able to fulfill her dream of an uneventful cruise at some later date.

Lizzette Yearwood, CEO of the HSA, further stated that at ER is staffed 24 hours a day by both physicians and nursing staff irrespective of what is occurring in the operating room and that the HSA holds itself to very high professional standards.

The general consensus from the Facebook comments agrees that this story appears to be highly embellished. With over 20 million Americans taking cruises every year, however, the impact could be far-reaching.

CMR has also reached out to KPNX-TV asking them to link this article in their story to add some balance and further details to their news piece. 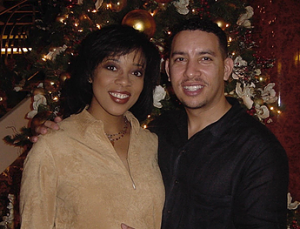 No, thanks.
How do you feel after reading this?
Tags: Health Services AuthorityHSA