The Health Services Authority (HSA) has given local law firm, HSM, the contract for collecting it's outstanding patient debt which is said to be in the range of CI$30 million covering some 40,000 delinquent accounts.

The successful bid follows an open tendering process that was advertised in early May 2017 for “RFP debt collection services”. The deadline was June 2nd for proposals to be considered.

The process has not come without criticism as smaller operators are left wondering why they were not selected or at least given part of the contract. One anonymous business owner was surprised that such a large law firm would have even bid for the contract, “locally owned small businesses who specialize in debt collection were not selected. I find it odd that a law firm with some many other streams of income and focus would be selected for this. More disheartening is the fact that they did not share the portfolio of debt among providers.” There were also concerns raised that the office manager at HSM has connects to one of the existing PPM elected officials. However, CMR should note that this MLA is not directly connected to the Ministry of Health or the HSA.

The provider also indicated that debt collection is not a heartless profession and that traditionally law firms have not approached the sick and elderly with any degree of care when attempting to recover the funds. The RFP documents also stipulated that: 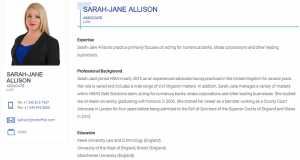 Another small provider speculated about the political connections involved and whether HSM was looked upon favorably because they are also the legal team representing persons suing government for permanent residency.

HSM offers a variety of services and has debt collection listed on it's website as one of them stating that “Our dedicated Debt Solutions team has extensive knowledge and experience in debt recovery enabling it to provide clear, sound and timely advice throughout the litigation and enforcement process. Our practice is approached on a unique and commercial basis, namely a flat fee offering.” 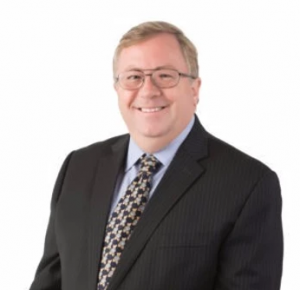 Managing partner Huw Moses, is listed as one of the primary contacts for this service.

CMR reached out to the HSA and Minister of Health for comment but as of press time we were awaiting a press release to be issued on the matter. Just this past week we saw that the

The Cayman Islands Auditor General’s Office found the HSA to be short $21.5 million in cash reserves. The financial statements were made public last week and the Health Services Authority Law requires operating expenses for three months – roughly $26 million – must be maintained. The HSA has failed to do this for the past five years. They have also written off millions in unpaid debt.

The Cayman Islands public health authority has failed to maintain legally required cash reserves for at least the last five years, while at the same time writing off millions in unpaid patient debts, according to auditors.

The HSA is not without controversy when issuing contracts in the past – namely the alleged bogus Carepay contract- which saw the HSA/Ministry of Health pay out millions to imprisoned Canover Watson without any due diligence.