Former University College of the Cayman Islands (UCCI) president, Hassan Syed has been given an eight-year prison sentence for stealing and defrauding the school of over $700,000 on public funds.

The 51 year-old found out his fate this morning from Justice Phillip St John-Stevens, the visiting judge who presided over the case. He described Syed as an “intelligent, persuasive, manipulative and dishonest individual”, as he delivered the ruling via video link.

The judge took a hardliner approach to Syed's sentencing with no time credit was given to Syed for time served in Switzerland as he awaited extradition. He also gave a minimal time allowance for the pre-trial time that he was electronically tagged to only 127 days. Justice St John-Stevens blamed the pre-trail delays on Syed. However, with time served since his conviction in March and the new sentencing requirements he will actually serve 4.5 years before being eligible for conditional release.

He was also convicted of forging documents and falsely claiming expenses in connection with work to set up the Civil Service College of the Cayman Islands. He fled the island after his crimes began to be uncovered, but was extradited from Switzerland in 2014.

Syed is said to be gravely ill with a cancer diagnosis. 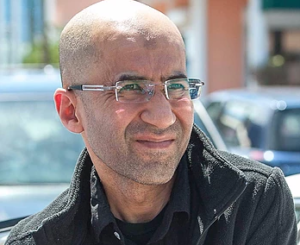 A deportation order has been ordered by the judge. The DPP is attempting to recover some of the proceeds of his criminal activity through a confiscation hearing.