Confirmation came from his daughter Maxine Richards, via a Facebook post earlier this evening on her personal page.

Media reports indicate that the former President passed away from congested heart failure after he was hospitalized earlier today. 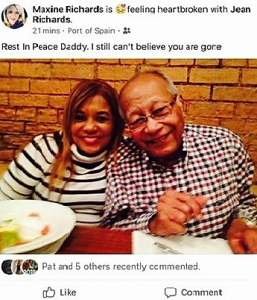 Richards was the fourth President to serve in Trinidad and Tobago, having held office from 2003 to 2013. He was a former principal of the University of the West Indies St Augustine Campus. He was married to Dr Jean Ramjohn Richards. He had two children, Maxine and Mark.

He was the first President of the Republic who was not an Attorney-at-Law and received the Chaconia Medal of the Order of the Trinity – Class1 (Gold) for Public Service.

The former President was a chemical engineer and served as the principal of the University of the West Indies St Augustine campus from 1984 to 1996.