Former Barbados government minister, Donville Inniss (52) has been arrested and charged in Tampa for money laundering.

Inniss, who served as Minister of Industry, International Business, Commerce and Small Business Development in the last administration which was booted from office in the May 24 general election, was arrested over the weekend in Florida.

He was released on bail after appearing in federal court there on Monday, according to the reports.

Prosecutors said in the indictment that in 2015 and 2016, Inniss engaged in a scheme to take about $36,000 in bribes from high-level executives of an unnamed Barbadian insurance company. In exchange, they said, Inniss used his position as a Government minister to help the insurer secure two Government contracts.

The prosecutors said Inniss concealed the nature of the bribes by receiving them through a dental company and a bank located in Elmont, New York, under the guise of payments for consulting services.

Inniss, a legal permanent resident of the US, lived in Florida and Barbados at the time of the payments, prosecutors said.

A three-count indictment was unsealed today in federal court in Brooklyn charging Donville Inniss, a former member of the Parliament of Barbados and the Minister of Industry, International Business, Commerce and Small Business Development of Barbados, with conspiracy to launder money and money laundering.

The charges stem from Inniss’s acceptance of bribes from a Barbadian insurance company in 2015 and 2016 when he was a public official.  Inniss was arrested Friday and was arraigned today before United States Magistrate Judge Julie Sneed in the Middle District of Florida at the federal courthouse in Tampa.  Inniss was released on a $50,000 bond. 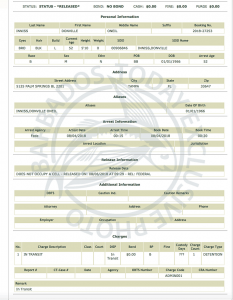 According to the indictment, between August 2015 and April 2016, Inniss engaged in a scheme to accept approximately $36,000 in bribes from high-level executives of an insurance company headquartered in Barbados (“the Barbados Company”) and launder that money through the United States.  In exchange for the bribes, Inniss leveraged his position as the Minister of Industry to enable the Barbados Company to obtain two government contracts.

Inniss concealed the bribes by arranging to receive them through a dental company and a bank located in Elmont, New York.  Barbados Company executives transferred the funds to the dental company using an invoice falsely claiming that the payments were for consulting services.

During the time of the charged conspiracy, Inniss was a legal permanent resident of the United States residing in Tampa, Florida and Barbados.

“As charged in the indictment, Inniss abused his position of trust as a government official by taking bribes from a Barbadian company, then laundered the illicit funds through a bank and a dental company located in the Eastern District of New York,” stated United States Attorney Donoghue.  “The Department of Justice will continue to hold accountable corrupt government officials here or abroad who use the U.S. financial system to facilitate their criminal conduct.”

“Donville Inniss allegedly used the U.S. financial system to launder bribes he received while serving as a government official in Barbados,” said Assistant Attorney General Benczkowski.  “These charges demonstrate the commitment of the Department and our law enforcement partners to hold accountable anyone who seeks to use our financial system to promote or launder the corrupt proceeds of their crimes.”

The charges in the indictment are merely allegations, and the defendant is presumed innocent unless and until proven guilty.