(CMR) In 2020 John Felder, formerly of Cayman Automotive Leasing Ltd. (CAL) signed a Settlement Deed and Release after a Tesla Model Y automobile was not delivered pursuant to an earlier contract where the customer paid the bulk of the purchase price. Three years after the purchase the vehicle had not yet been delivered to the local businessman.

The document shared that the deed was entered into “in connection with the compromise of a disputed matter” between his former employer, himself, and the customer.

The dispute arose after the non-delivery of a Tesla Model 3 which was originally purchased in 2017. However, by 2020 the vehicle was still outstanding and litigation was threatened which resulted in the parties agreeing that Felder would deliver a 2020 Telsa Model 3 Standard Range Plus Rear-Wheel Drive instead. At that point, Felder had already left the jurisdiction.

Felder had also left CAL after receiving a termination letter in August 2019 which stated that he had failed to perform the functions of his position as Managing Director of the Company appropriately. The letter noted that they had received numerous complaints about deposits being taken by him on behalf of the Company but no vehicles were received by the customers. This appears to be one such example of that alleged behavior.

The termination letter also spoke of a convertible loan being “misappropriated … and not used for the intended and agreed purpose” and an unknown overdraft. There was also an alleged change to the register of members for the Company without the relevant shareholder knowing about it. It further asserted that these were considered serious breaches and he was being removed immediately as an employee of the Company.

Ironically in court litigation documents against CMR which were presented in a damages hearing, Felder provided an invoice to the court purporting to be for that exact same vehicle under the name of his current company of out Marietta, Georgia. The invoice is for the replacement vehicle except he used the name Model Y instead of Model 3 per the settlement agreement. However, the VIN number matches the white vehicle delivered under the terms of the Settlement Deed and Release.

Upon cross-examination about the truthfulness of this outstanding invoice, Felder explained to Judge Carter that it was merely being used for export purposes. There was no real explanation as to why it was in a bundle attempting to establish his actual losses.

The price on his invoice is also different than what the agreement states was “the total purchase price agreed”. It was reflected as being $4,980.00 more on the document provided in his evidence bundle of April 16, 2021.

That vehicle is often parked at South Sound at the developer's place of business: 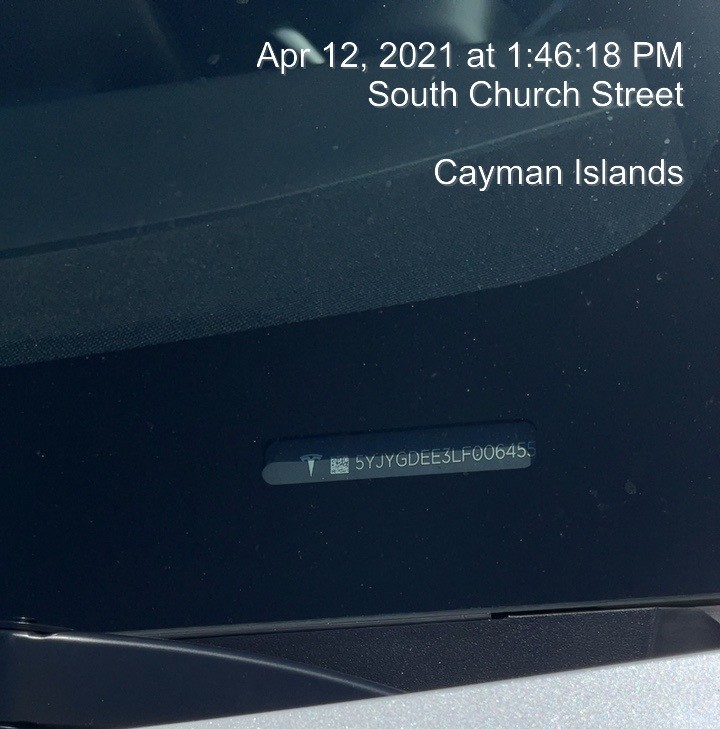 This is the third in a six-part series on American businessman John Felder.

No, thanks.
How do you feel after reading this?
Tags: John FelderPremier Automotive Export