CMR sources indicate that Edward Rivers missing at sea since June has been found alive in Mexico.

Earlier it was reported the RCIPS has received a report of a man in Mexico that may be one of the missing boaters; but they were investigating the authenticity of the report and the possible identity of the man further.

Persons are elated that Edward has been found!

Calling this a modern day miracle!

CMR can now exclusively confirm that Edward Rivers has been found alive. However, there is no word on his missing companion Chadwick Bodden.

Edward Hendrick-Hydes AKA Edward Rivers â€” and Chadwick Bodden left Grand Cayman on a fishing trip 23 June and were scheduled to return 28 June. They never returned to Cayman and allegedly had not been heard until today.

The report indicated that a man was found adrift in a boat in the Gulf of Mexico earlier this week. The man is stated to be in poor condition.

Bodden, 39, is a Caymanian from Breakers, Bodden Town. He is of stout build, about 5 foot 10 inches tall, of light complexion. 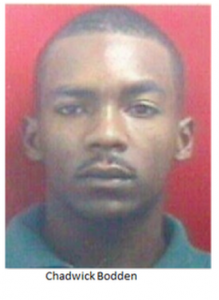 As this story develops we will post updates on CMR.

Coach not guilty on 3 counts