by CMR
in Civil, Court Cases
0

The lawsuit which was filed May 8 states that she only paid CI$25,330 out of the initial annual amount owed; which it alleges was a breach of the premium payment terms agreement. In fact, the Statement of Claim indicates that she only made two payments during the insurance year and failed to make any subsequent payments. The balance of CI$34,682 was not paid.

Despite this non-payment, in July 2018 Dr. Muise renewed her medical malpractice policy for another 12 months with a premium policy of CI$40,012. She agreed to pay this premium in 4 installments. However, she made no payments at all on this renewal policy.

Dr. Muise is alleged to now owe CI$74,694 with “no reasonable arrangements with the Plaintiff for the payment of the balance” having been made. The Plaintiff is seeking interest plus other costs.

Section 27A of the Health Practice Law (2017 Revision) stipulated malpractice insurance is a mandatory requirement to maintain a medical license in the Cayman Islands. We are told that then Minister of Health, Alden McLaughlin changed the law to remove the requirements for foreign doctors to have a Caymanian sponsorship in order to practice locally.

Originally from Canada Dr. Muise has her medical degree and fellowship training in Obstetrics and Gynecology from Dalhousie University. She practiced in Ontario, Canada where she received training in infertility. She received her first Independent Practice Certificate in September 2008. We understand she has been in Cayman since August 2013 where she took over Dr. Barry Richter's practice – at the Cayman Clinic off Crewe Rd. At the time it was said she was practicing “for more than six years”.

She had lost her surgical rights at the George Town Hospital because of reportedly a multitude of issues sometime around 4-5 years ago. CMR understands her privileges have also been revoked at Doctor's Hospital, formally CTMH since the below mentioned incident. 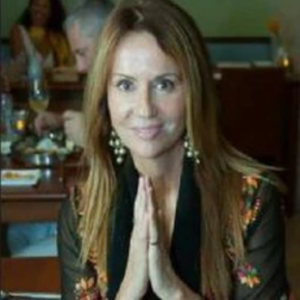 On February 10 2017, Lisa Turner (61) died four days after having a “relatively routine” surgical procedure to remove an ovarian cyst performed by Dr. Muise. An inquest into the death of later in 2017 found no evidence of any surgical error or medical mistake. The coroner’s court jury recorded an “open verdict” at the conclusion of the three-day hearing meaning they could not determine exactly how she died.

The 61 year old patient, originally from Canada was resident in Cayman for 25 years.

Dr. Muise continues to practice in West Shore Center at the Suzanne Muise Medical Clinic . Patient reviews can be read online from patients both in Cayman and Canada.

Attorney's Ritch & Connolly submitted a restoration application to have Suzanne L. Muise Medical Clinic Ltd. (registration no. 288682) (“the Company”) be restored to the Register of Companies.