The Director of Public Prosecutions, Cheryll M. Richards Q.C., has responded to an editorial in today's Compass that was critical of the time frame in which they take to decide how to proceed with a case. Read story here

The editorial queried two cases in particular where the accused persons have been on bail for several months with no indication of a pending prosecution or any updates on the investigations.

The following statement was issued via GIS on behalf of the DPP:

We write with reference to the editorial in the Cayman Compass of 11th September 2017.

We do not appear to have received a single inquiry from the Cayman Compass in relation to the two investigations referred to in this editorial. Given the public interest in these matters, it is regrettable that an editorial was published, which not only made certain assumptions but appears to have invited speculation in this regard, without any such inquiry first being made.

Whilst is perfectly open for investigatory agencies to comment publicly about the submission of files to this Office, it is not our general policy to do so. Some of the files we deal with are sensitive in nature, and any public release of information has the potential to impact negatively on the matters under investigation.

We would also wish to point out that we have no control over the timing of the submission of files to this Office by any investigatory agency or the length of time of investigations. We do, however, observe internal protocols with respect to the review of all files submitted to this Office. All custody / urgent matters are dealt with immediately on receipt. Many are dealt with outside office hours and at weekends. Less urgent files are given appropriate prioritization according to the case-load within our office and are ordinarily dealt with within 14 days of receipt. 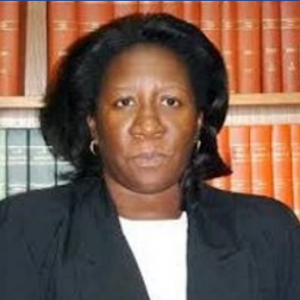 Licensed firearm stolen in North Side burglary
Man breaks into condo and assaults child as she sleeps
Police seize illegal gun and bullet-proof vest
Man arrested with thousands of dollars in faked KYD100
Share your vote!

No, thanks.
How do you feel after reading this?
Tags: DPP

(CMR) Police are now investigating a burglary during which a firearm was stolen from a residence on North Side Road....

(CMR) Police are now investigating an incident of indecent assault after a male intruder entered a unit at a condominium...

(CMR) A gun and a bullet-proof vest were seized on Friday, 1 July,  during a series of searches conducted by...

(CMR) A man who was using forged banknotes at a bar in on Bodden Town Road on Sunday was arrested...

Man stabbed in eye during altercation in Seven Miles Shops

Man cuts woman in the face with knife in Cayman Brac

(CMR) Kelvin Scott (53), a man who used a knife to cut a woman in the face during an altercation...