(CMR) Accused double murderer Wayne D. Collier ignited a firestorm yesterday when it was announced that he had been arrested in the Cayman Islands for shooting a woman who was eight months pregnant.

Collier appeared in court today and has indicated he is contesting his extradition back to the United States. Represented by local attorney, John Furniss, he is due to have an extradition hearing for some date later in March.

Upon further investigation, it appears that Collier has an extremely violent history with previous incarcerations. For the trained professional this next step to an alleged double murder appears to have been in the cards for quite some time.

Exclusive CMR sources indicate that he has at “least four baby mothers” and speculation is that the victim, in this case, was likely slated to be number five. With no steady job and apparently no legitimate future plans to support these various children it was a burden he did not appear ready to undertake.

At age 22 he was already facing multiple serious felony charges of armed robbery with a deadly weapon, domestic violence and burglary.

Eventually in custody in 2013 and sentenced to 5 years he must have been released early because in 2016 he was spending time with a lovely Caymanian young lady. Their worlds appear to be very different but inevitably intertwined by destiny.

She is a smart, full-time university student studying in the United States. Her parents are both Caymanians held in high regard by those who know them. The young lady attended high school in Miami after hurricane Ivan and met Collier as a fellow student. CMR sources indicate that they have dated off and on since at least 2015 – part of the time when he would have been incarcerated for robbery. He was incarcerated at the South Bay Correctional Facility – a private state prison for men located in South Bay, Palm Beach County, Florida. In fact, his first visit to the Cayman Islands was in 2015 after he was released from prison.

There are photos of him visiting her in Chicago in 2016; clearly as a couple. CMR has opted not to publish those.

The marl road is definitely talking and asking a lot of questions. How is it that she would have gone to school with him and not known of this multi-year incarceration for serious offenses? One anonymous source put it bluntly:

She went to school with him, has friends and family there and ongoing connections to the Miami community. When this happened it was all over the local news that he was a wanted man. Wouldn't one of her family members, friends or acquaintances have heard the news and told her?

https://youtu.be/yGu0xuJg0uAIn an era of social media links and news traveling at the speed of light it is indeed a valid question to ask. Miami-Dade police featured him on both their Twitter and Facebook accounts. In addition to other local news sources both Miami Herald and popular Local 10 News both carried the shocking story. The authorities even mentioned that the search was “worldwide”.

In the early morning hours of November 3, 2017 shots rang out after 5:00 a.m. Later that day, Heidy Bowen, eight months pregnant lay in a hospital bed at Jackson Memorial fighting for her life and her unborn child forced into the world a month early. Eventually, both would succumb to their injuries and die. The child survived for almost two weeks and the mother for two months. 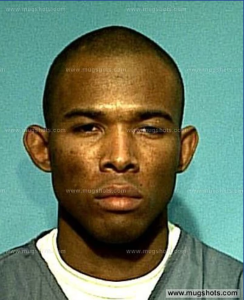 By November 17th the police knew who their suspect was and immediately enlisted the media in spreading the word.

Collier is accused of shooting her with clear intent to kill them both; with precise shots in the neck and head, it was a miracle either survived the initial onslaught.

Collier's actions may well have been premeditated as on that same morning he made his way to the Cayman Islands on the 10:00 a.m. flight. We know that he arrived at the Cayman Airways ticket counter and purchased a round-trip ticket and arrived as a visitor on the island.

Although his girlfriend was still overseas in university he managed to live with her mother in Prospect until she arrived a month later and continued to reside there until he was arrested Wednesday afternoon by RCIPS officers with a provisional warrant.

Many wonders if there were no questions about his job status, immigration status etc. What explanation would he have given to her family as to how he could remain here for two months without employment?

The questions loom about how much his Cayman contacts would have known as this man was “hiding in plain sight”. He celebrated the holidays here and was seen out publicly at holiday gatherings. The shame of the marl road gossip has led the girl to begin distancing herself from the accused. She has since taken down photos of the two of them as well as her Facebook and Instagram accounts.

Now, his future is partly in the hands of the Cayman judiciary where public funds will be spent allowing him to fight his extradition. It will undoubtedly be interesting to see what grounds he chooses to do so on given that he has no legal ties to these islands.

In addition to the two murder charges, Mr. Collier is also facing an illegal firearms possession charge in Miami-Dade.

Collier will be back in court on February 1 for a bail hearing.

Cayman Marl Road will continue to follow this story and update our readers.

No, thanks.
How do you feel after reading this?
Tags: double murderWayne D. Collier