Amazingly Webb has finally been charged in absentia in relation to this investigation.

The latest charges reveal that Charmaine Moss (45), Jeffery Webb (55) and Canover Watson (49) have all been charged with one count of conspiracy to defraud CONCACAF. RCIPS announced today that Watson has been further charged with an additional count of converting criminal property. 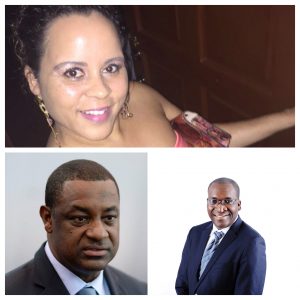 The investigation was launched in 2014 and has been ongoing since then. Moss, an RCIPS business development manager, was hired in that role in 2016 in that civilian post.

The charges indicate that between January 2012 and September 2014 created a fake company called Ironshore International Limited. This company is alleged to have been fronting as agents for Admiral Financial Centre Ltd which funneled inflated and fraudulent invoices to CONCACAF.

Moss and Webb are further charged with an additional count of conspiracy to defraud CONCACAF, which alleges the submission of more fraudulent invoices during the same time period.

Moss has now been placed on leave from her RCIPS job. CMR sources indicate that Moss was in a personal relationship with Webb. There are multiple questions about how Moss was hired into her post after the investigation into her alleged actions had already begun. However, the Commissioner of Police maintains that Moss will be suspended until the full outcome of this matter.

Webb was FIFA vice president, CONCACAF president and Cayman Islands Football Association president. Watson also served in an executive role with CIFA. Moss was not a member of CIFA; however, she worked closely with the organization.

Webb is in Atlanta, Georgia under bail conditions for the past several years as he awaits sentencing for multiples charges.