(CMR) The owner of Electrical Enterprises (2000) Ltd. is facing a prison sentence after owner Robert Allen Duty (56) refused to pay pension contributions for at least forty employees amounting to over CI$161,000 for over 12-years. 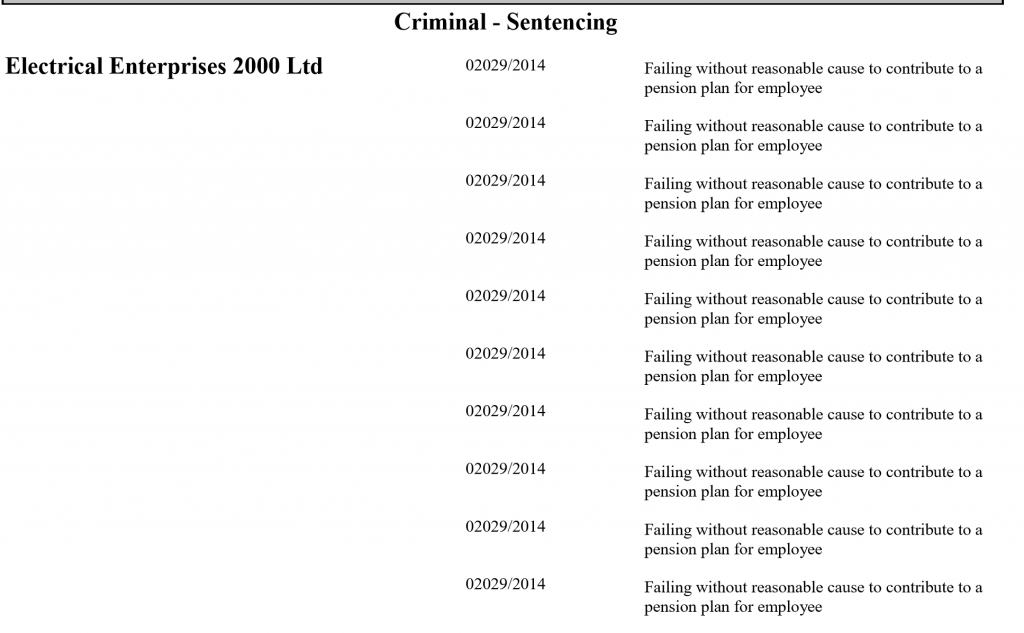 Originally Betty Ann Duty, Robert's wife was part of the complaint as well. It was alleged the couple started their electrical contractors business in March 1998. However, by 2008 the National Pension Office (NPO) was receiving numerous complaints of non-compliance with the Pensions Law. Thirty-three persons, the vast majority of their employees were never registered in a pension plan at all the court heard. In 2011 they stopped renewing their business license but continued operating.

At some point, they provided the NPO with signed documentation demonstrating that some employees were opting out of the pension contributions. However, the company was not eligible for a pension holiday because they were already in default.

They were instructed on numerous occasions to pay but continued to ignore the directives. In November 2012 pension enforcement officers were informed that the company had gone out of business. They began working for another electrical company called Power Plus. However, it was soon discovered that both defendants were part owners with a 35% share in the company.

NPO attempted to mitigate the situation by having a final meeting with them in March 2013 before sending the matter to the DPPs office for legal prosecution. The continual non-compliance was noted as a major factor in the matter being sent for criminal prosecution.

Betty Ann Duty had the charges against her disposed of and they were dropped around 2014.

Robert Duty appeared in court this week for mention as it was confirmed that the judge is waiting on a probation report before proceeding with sentencing. Ken Ferguson represents the DPPs office in this matter.

Rob Duty works as a General Manager at Power Plus. Power Plus is affiliated with NCB Group and CMR understand Duty still has some ownership in it.