We paid Mr. Garfield Robb a deposit of $1,650 on May 10, 2018 (see attached). He came the next day to start the job the and we haven’t seen him since. We called several times and he never answers or promises to come the next day. We don’t know where the business operates from.

We contacted DCI and were informed that his business license was revoked since 2016. They suggested that we contact the police. Despite having given a statement and spoken to an office they have informed us there's nothing they can do. So now we are of almost $2, 000 or our hard earned money.

We would like to know if that’s a legitimate business and what’s our recourse. 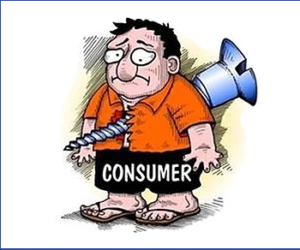 You have found yourself in a horrible situation and it's not your fault. Some companies appear to ignore all legal requirements and are able to rip customers off with few repercussions. This section of Cayman Marl Road is dedicated to exposing their antics to other consumers so that they are STOP finding innocent victims to prey off of.

We received your proof of deposit given to Mr. Robb and his invoice for services which acknowledge that your payment was made. We also contacted him over three weeks ago to indicate we had received a complaint from you and provided him with an opportunity to respond.

We were immediately made aware that he contacted you after our first email and promised to make things right. He then came to your property and again pretended to make some headway. Now three weeks later we contacted him again on your behalf and again he was able to make immediate contact with you.

The police are often confused when a matter goes from the civil realm to the criminal and I imagine some don't fully understand that this falls under the remit of the “dishonesty offenses”. This man promised you services; has not delivered as he indicated he would and now expects you to simply walk away from you money.

The truth of the matter is our investigations has discovered you are NOT his only victim. This company has do the same to a number of persons. Apparently he was employed with another reputable and well known shutter company and left their employment to open up his own business. Unfortunately, he is not handling his business like a professional and is taking advantage of you and others.

Unfortunately, there's is no government consumer advocacy agency or Better Business Bureau to report him to.

You have the option of taking Mr. Robb to court via the small claims process in Summary Court. At this stage he should return your entire deposit. We have strongly suggested that he has should do so.

If anyone else has been ripped off by this company please feel free to contact us. The more strikes against a company the more others need to be aware.

VERDICT: This company is not to be trusted and does not have a valid business license to be operating.

We now believe the police should make a proper criminal investigation out of this company conning consumers.

Have you been ripped off by a company and need our help? Contact us today! We will do our best to act as intermediaries and get you a resolution. Your story may help others avoid being the next victim!

UPDATE: Within two hours of this post going up the customer received $1500.00 of the $1650.00. They were promised the following day that they would receive the balance. However, Several days later they received the balance of the $150.

Also, we can now confirm that they obtained a business license on 24 July 2019 valid for one year in the name of Clairestina McGowan T/A Cayman Hurricane Shutters License TB13432 as a retailer by order business.

The wife has now posted several comments on our Facebook page. We have had several other clients contact us including one person owed a substantial amount for two years. If that money is not reimbursed by month end as promised we will be providing full details of that customer's ordeal as well.

We have been hounded by the owners of this company claiming that since they have reimbursed the client we should take the story down.

(CMR) Ellume has issued a voluntary recall of nearly 200,00 rapid antigen test kits over concerns about a higher than...