Coach not guilty on 3 counts

(CMR) Ato Modibo Stephens has been found not guilty on 3 out of 4 counts relating to an alleged inappropriate relationship he had with a 14-year-old female athlete.

With over 64 phone calls placed by Stephens to her and countless WhatsApp messages, it appeared the judge accepted that the evidence was overwhelming on the single count relating to the misuse of ICT but he had doubts on the other 3 more serious offenses.

Justice Michael Wood heard the case without a jury. While providing the reasoning for his decision and re-examining the evidence against Stephens, including his own testimony, Justice Wood used very strong terms like “ludicrous” and “insulting” to describe Stephens' lack of explanation for various WhatsApp messages between him and the athlete who was 14 at the time of the alleged offenses.

The judge found much of his testimony disturbing including the reason he requested the photos in the first place. Despite claiming he didn't know the judge remarked the reason was obvious. He further noted that he had asked him directly during the trial why he did not stop and he replied he did not know. Justice Wood concluded that the reason was obviously for sexual pleasure. He also read out various portions of the testimony including the defendant's references to “date nights” and “riding his d****” whilst messaging the victim. Justice Wood remarked that his explanations were “insulting” and unbelievable.

He also remarked that the RCIPS detective who initially conducted the interview of the victim made some critical mistakes that have impacted the outcome of the trial. He advised that it would have been proper to have a social worker present instead of the child's mother. Another critical error was that no other athletes were ever interviewed by the police. He found it quite “extraordinary” that it took 18 months after the initial complaint about any of them to be contacted – and it was for the defense and not the completeness of the RCIPS investigation.

He noted this was not satisfactory RCIPS investigative procedures in cases involving young persons.

He accepted that the first young athlete whose testimony was read in court was technically “hearsay” but it was allowed to add balance to the case and so that the defense would not be penalized for the RCIPS's glaring mistake some 18 months earlier. Additionally, he accepted that since that statement was not under oath it carried less weight in this final decision.

However, the other live young athlete witnesses appeared to be credible and their statements were consistent with one another. He further accepted that the proposed route that Stephens would have had to take to drop her off last as she claimed was somewhat convoluted and out of the way. The judge visited the two sites where the alleged indecent assaults/touching had taken place around the same time of day in the evenings. He raised concerns about two slight variances in the exact location that she marked on maps. Whilst, not a major difference combined all of these factors created some doubt in his mind to not be certain on counts 1-3.

He also remarked that despite there being some additional evidence on counts 1-3 in the WhatsApp messages but the indictment period in the documents submitted by the prosecution did not cover those time periods so he could not consider them.

Justice Wood accepted that whilst there were some minor inconsistencies in the victim's testimony she was still a “far more impressive witness” than the defendant. However, given the totality of all the evidence he was found guilty only on count 4 – misuse of an Information and Communications Technology Authority (ICTA) Network.

The not-guilty charges included two charges of indecent assault and one charge of gross indecency. Stephens plead not guilty to all four charges, but in his evidence agreed that the messages were “inappropriate”. Justice Wood remarked that the use of this term was a grave understatement based on the actual messages themselves. He did take into account his lack of any previous convictions when considering his credibility.

He summed up that his behavior was disgraceful and he had encouraged pornographic posing of a child more than half his age. He concluded that Stephens should feel fortunate that he had such good lawyers at his disposal. Stephens was represented by Amelia Fosuhene of Brady’s who had instructed visiting attorney, Paul Keleher QC.

Justice Wood dealt with sentencing immediately after his verdict. He noted that the maximum time for count 4 would be two years. With the usual 60% allowed reduction, he would have likely be given an 18-month sentence. However, since he has been in custody in the USA whilst awaiting extradition for some 11 months he was satisfied that time had been served and he would be ordering deportation. 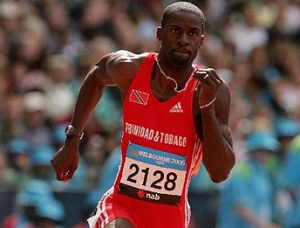 Stephens, 38, represented Trinidad and Tobago at multiple Olympics and is married to Cayman Islands sprint queen Cydonie Mothersill, who won gold in the 200m at the 2010 Commonwealth Games.

He was banned from competition for two years after failing a drugs test at an international competition in May 2009, testing positive for Oxandrolone and Stanozolol, both steroids, as well as Tamoxifen, a testosterone-boosting drug.

Many members of the Cayman community are demanding the RCIPS and DPP respond to the comments the judge made in relation to their part played in the matter.

In fact, one guest host, Jacqueline Haynes, to the popular talk show program Straight Talk on Star 92.7 FM insisted that legislation needs to be updated to make any sexting with a minor a more serious offense. When contacted by CMR Haynes stated, “I would say sexting or any other act which initiates, engages or otherwise encourages sexual interactions with a minor should be strict liability offenses just as statutory rape is.” Haynes further pointed out the archaic nature of the law because had those same offenses been carried out with old fashion pen and paper count 4 would not even apply and he could have walked free.

Local activist, Sandra Hill, expressing her displeasure at the detective's interviewing skills for not identifying additional corroborating witnesses she demanded a proper investigation and retooling of all officers that deal with young victims. She lamented, “it's quite sad that once again it became apparent that the RCIPS played a roll in a judge having to find a defendant not guilty in a case of this manner involving a child. How many more before there's accountability and someone loses their job?”

Others are bewildered as to why he was not charged with possession of child pornography given the pictures he had from the young girl.