(CMR) Tessa Bodden and Berna Thompson-Cummins have resigned from the Cayman Islands Democratic Party in the past two days.

Cayman Marl Road understands that there was a CDP meeting on Saturday where Cummins announced her resignation.

Theresa ‘Tessa’ Bodden sent an in an email today indicating that she made the decision to resign, effective immediately. She declined to give any further explanation for the resignation only stating “personal reasons”. Bodden was a CDP candidate in the May 2017 election for George Town North but was unsuccessful.

“It has been a privilege and a pleasure to work with the CDP over the nearly five years that I have been the chair [since February 2013] and I wish the party every continued success,”

The CDP, which was founded in 2001 as the United Democratic Party and changed its name after the 2013 election.

After contesting 11 seats the CDP retained the same three of its West Bay candidates in the May 2017 election. Despite that, the CDP joined with The Progressives to form the Government of National Unity. 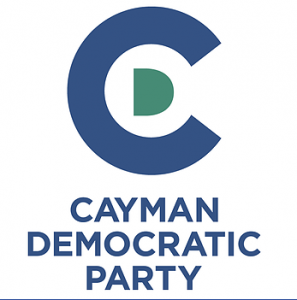 No, thanks.
How do you feel after reading this?
Tags: Berna ThompsonTessa Bodden

Rooster's Crosstalk to get new co-host