(CMR) The Chief Medical Officer, Dr. Lee has confirmed that all of Cayman's PCR test will identify new strains of the SARS-CoV-2 as positive cases addressing concerns in the community that travelers may be inadvertently released into the general population carrying the new strain.

Three new variants of the coronavirus have been detected in recent weeks with the primary one being observed. A new variant was first reported in the United Kingdom on December 14. Named VUI-202012/01 (the first Variant Under Investigation in December 2020), it is thought to have first appeared in mid-September.

None of the variants so far has been found to be more fatal, or more likely to be able to evade vaccines or treatments.

The clarifying comments were made after local media reports shared that we are unable to test for the new strain. Dr. Lee noted that:

‘All Cayman's PCR tests will correctly identify the new strains of SARS-CoV-2 as positive cases. Additionally, if Cayman decided to, we are able to send samples to CARPHA, the UK and elsewhere to be gene sequenced to determine the variants present.'

The gene sequencing technology would allow us to detect that a person actually has the new strain. Reports across the UK and Scotland have indicated that the new variant of Covid-19 is “fast becoming the dominant one” according to First Minister Nicola Sturgeon.

New variants of the coronavirus have now been reported in at least 31 countries worldwide. One of these new strains named VUI-202012/01 was first reported in the United Kingdom on December 14 and is said to be up to 70 percent more transmissible than the previously dominant strain in the UK.

The concern with this variant is that it will make it harder to control and easier to spread to other countries. It has thus far been detected in at least 31 countries. 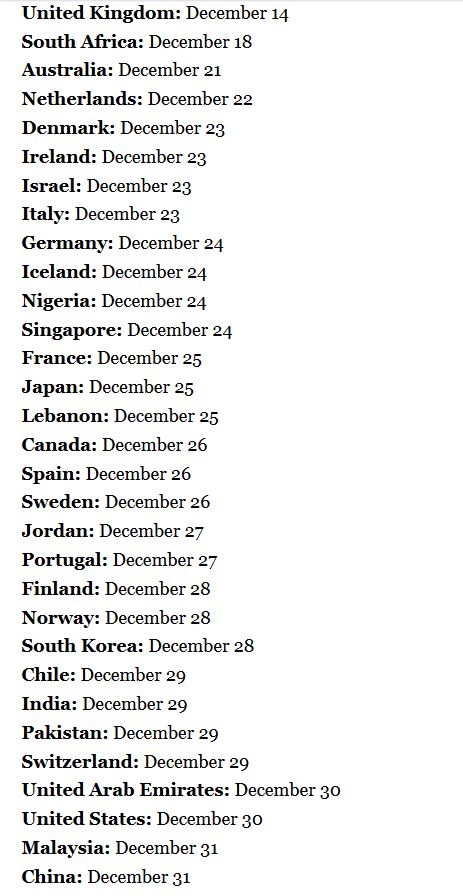 Referred to by some experts as the B117 lineage, this has rapidly become the dominant strain in cases of COVID-19 in many parts of the UK. Last week, South Africa reported another new strain that appears to have mutated further than the UK variant. Known as 501.V2, this variant is dominant among new confirmed infections in South Africa.

On December 24, the head of Africa’s disease control body said another COVID-19 strain, known as the P681H was identified in Nigeria. It is of a separate lineage from the other mutations but does not seem to be spreading as fast as the other two new variants.

No, thanks.
How do you feel after reading this?
Tags: coronavirus

(CMR) The Cayman Islands recorded 266 new cases of the coronavirus for the week of 20-26 March or Epidemiological Week...

J'can sentenced to six months for breaking quarantine in Barbados