(CMR) With the 2020 Olympics opening ceremony less than two weeks away, Cayman’s national delegation is expected to leave for Tokyo soon. As the team gets ready to leave, they were gifted a flag by the Cayman Islands Government. Minister of Youth, Sport, Culture, and Heritage, Hon. Bernie Bush presented that flag to the Cayman Islands Olympic Committee on Saturday.

Minister Bush said: “Having previously been an Olympic Committee executive committee member for many years, I understand the importance of having the athletes know that the Minister of Sports and their government are one hundred percent behind them. We congratulate and wish them every success in what will probably be one of the greatest sporting events of their careers.

“I also want to extend a very special thanks to our Olympic Committee and its staff for all the work they have done in getting our athletes ready for the games.” 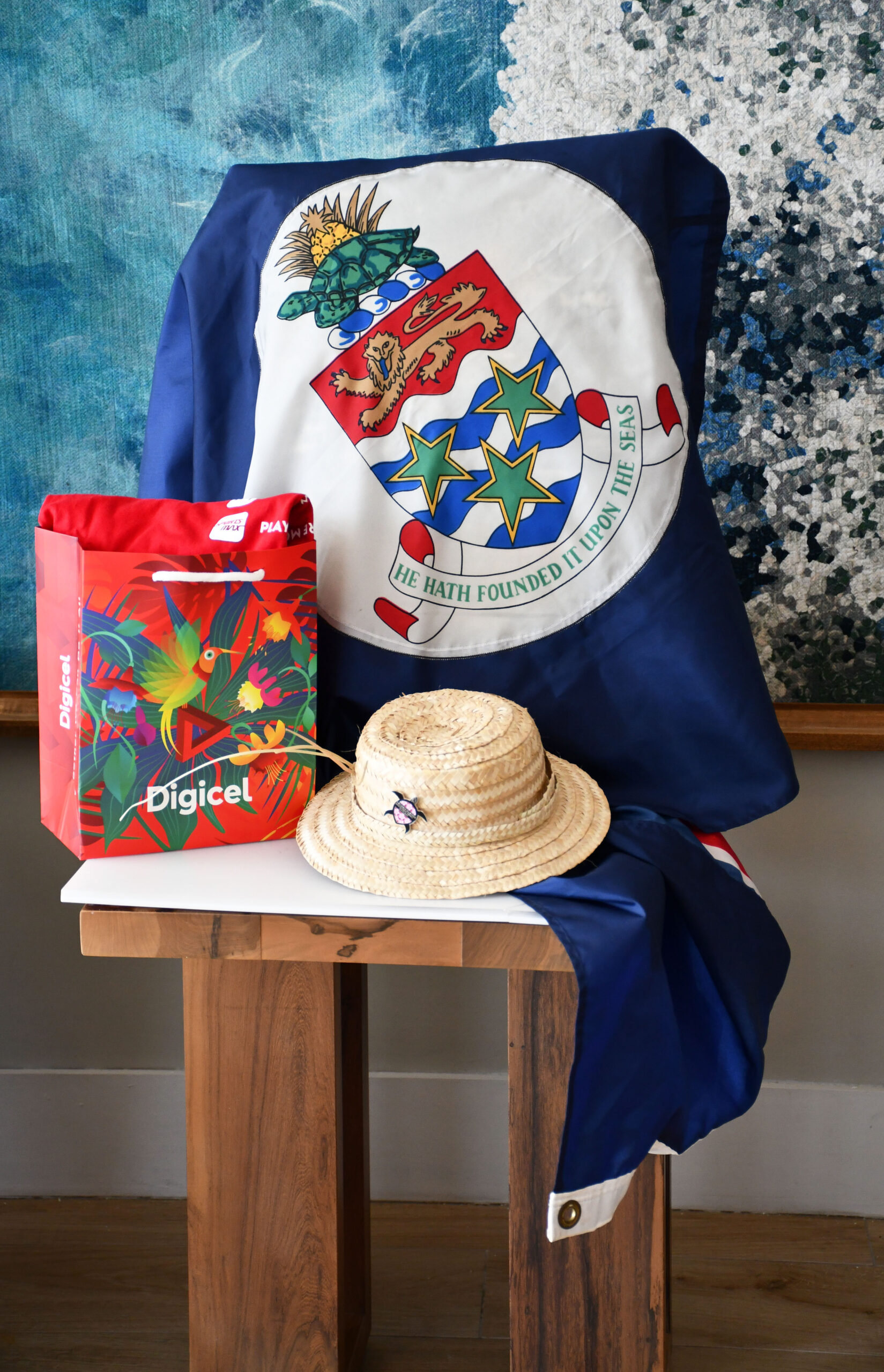 Following the presentation, CIOC President said: “We are extremely proud of this Olympic Team. Each and every athlete has shown focus, determination, and commitment, in these uncertain times to qualify for these games. Our athletes have also dedicated themselves to the Olympic values of friendship, respect, and excellence in their sport and lives. And their reward is a well-deserved spot on Cayman’s Olympic Team in Tokyo.”

She added, “The CIOC would also like to thank the Ministry of Sport for their support to us and all the sporting federations on Island and looks forward to working very closely with the new Minister of Sport, Mr. Bernie Bush, to bring sports to its highest level.”

Digicel’s McAuliffe said: “On behalf of all of us at Digicel, we wish the five Caymanian athletes a tremendous experience at the Olympics, proudly representing Cayman.  Additionally, we wish all the athletes across all our countries much success at this world-class event, and as the Caribbean Official Broadcaster, everyone can enjoy this global event on the SportsMax (SMAX) app.

In a new tradition, according to official reports, national teams will be led out at the opening ceremony (Friday, 23 July) in the Japan National Stadium by both a male and female flag bearer.