Caymanian Times will now be .50c

(CMR) The Caymanian Times will start charging .50 cents per publication beginning on February 1, 2021. The unusual move will make them the second print paper in the Cayman Islands to be charging readers for content.

The paper currently publishes three times per week and has been free since its launch in 2016. The 4.5-year-old newspaper appears to be lacking in online readership and social media presence with little engagement on its Facebook page. In fact, it ranks dead last of local media houses in Facebook page likes ranking with only 2.5k followers: 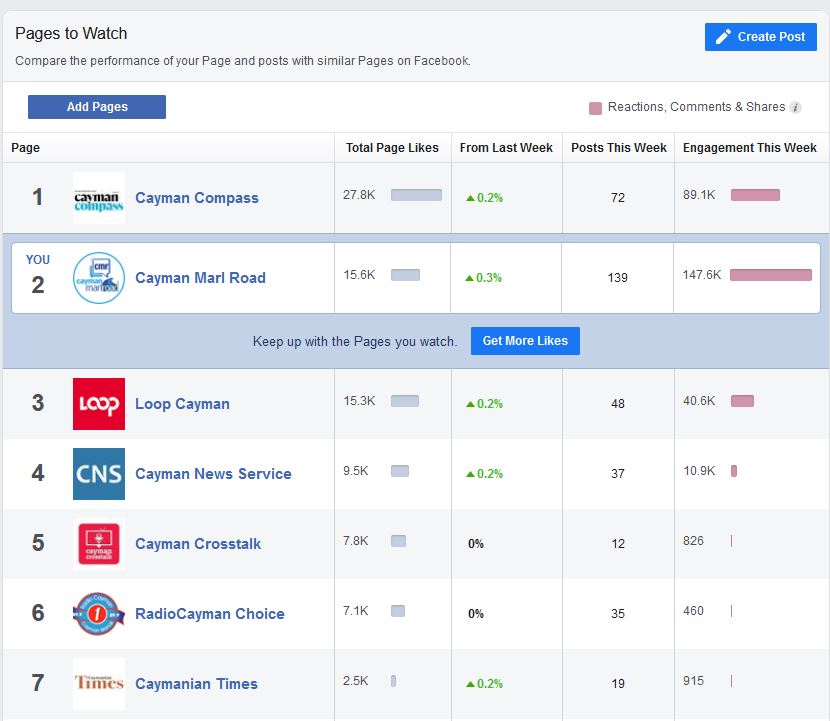 Its engagement is also lackluster but it does manage to edge out Radio Cayman and Cayman Crosstalk.

The print paper can often be found at grocery stores and gas stations stacked up by the dozens. It remains to be seen how a newspaper that garnished few readers when it was free will do as a paid paper.

Publisher, Ralph Lewis has dabbled in the world of media since March 2013 when he launched his first publication of the Cayman Islands Employment Weekly – a weekly free publication that had local job listings, news, financial and motivational information for small businesses and jobseeker stats.

The paper changed its name several more times and finally, it became known as the Cayman Weekly and he claimed to have around 8,000 readers at the time. Then in 2016, he upgraded and changed the format to a tabloid-size newspaper and when to a full-size newspaper in September 2016 rebranding it the Caymanian Times.

He briefly worked at the Cayman Reporter  – which was formerly owned by Dr. Steve Tomlinson. Lewis then acquired the daily publication in September 2017 before deciding to stop using the brand.

The Cayman Reporter was printing daily but was eventually closed after the acquisition printing its last edition at the end of September 2017. He never took over any staff members from the company but kept the physical office space. The Reporter started printing in January 2014.

Lewis said at the time of the acquisition that “our ultimate goal is to become a world-class newspaper that everyone will enjoy reading whether in print or online.” He considers the newspaper “a major news outlet in the Cayman Islands”.

Caymanian Times is a subsidiary of Lewis (Cayman Islands) Ltd. According to his website, Lewis is a 30-year banking veteran and holds a degree in banking and as a financial counselor.

The Cayman Compass recently introduced a paywall system for its online content promising exclusive content for subscribers. However, the pay model does not appear to be widely accepted in the Cayman Islands. On a recent subscriber-only Election 2021 roundtable discussion only 22 persons were on the Zoom session.

Despite an email claiming that access was for the privilege few paying for the content the less than impressive live views prompted the Compass to eventually opened it up to Facebook. This garnered another 16 live viewers as it was coined “all-access”.

No, thanks.
How do you feel after reading this?
Tags: Cayman CompassCaymanian TimesRalph Lewis

(CMR) The Margaritaville Beach Resort Grand Cayman is now up for sale, and David Griffin and Iain Gow of FTI...