(CMR) The Caymanian Times (CT) has changed its printing schedule from three times per week to a once-weekly newspaper similar to what the Cayman Compass opted to do during the pandemic. They too have shared that the social and economic realities of the pandemic have caused this latest change which was announced less than one year after they started charging .50 cents for their publication.

CT management shared that they are adapting to “changing times” and that the “new normal” is the underlying principle that will see them continue to succeed. They also noted that they will also be expanding their social media platforms and exploring “other avenues including broadcasting”.

The weekly edition will be published on Wednesdays starting later this month and will have more pages than the current publication. 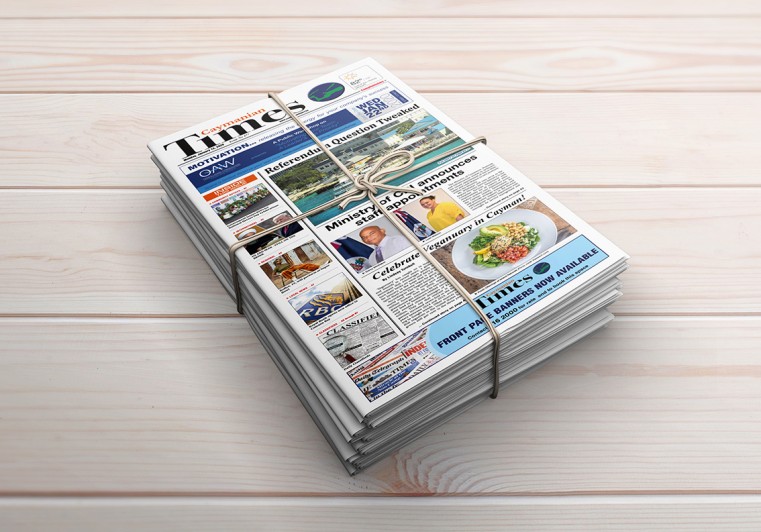 A Wednesday evening collaborative feature is Territories Talk which debuted on January 12 on Facebook live. CMR launched a bi-weekly talk show entitled Premier Access with Premier Panton which allows the people in the Cayman islands to have direct access to the premier with their questions and feedback.

CMR management felt that the time was ideal to expand to traditional radio fill the void that was created by the cancellation of Cayman Crosstalk in October. On the new elements being added to CMR, Content Manager Sandy Hill shared:

“We are very excited about 2022 with some new and exciting projects we will be launching. There are some really amazing collaborations that we are looking forward to unveiling with our corporate and community partners.”

Social media has been a significant game changer in 2021 with Cayman Marl Road dominating that arena for four consecutive years. Despite having fewer page likes than the 45-year-old Compass, CMR has a significant number more people engaging on Facebook and Instagram. Engagement is key: 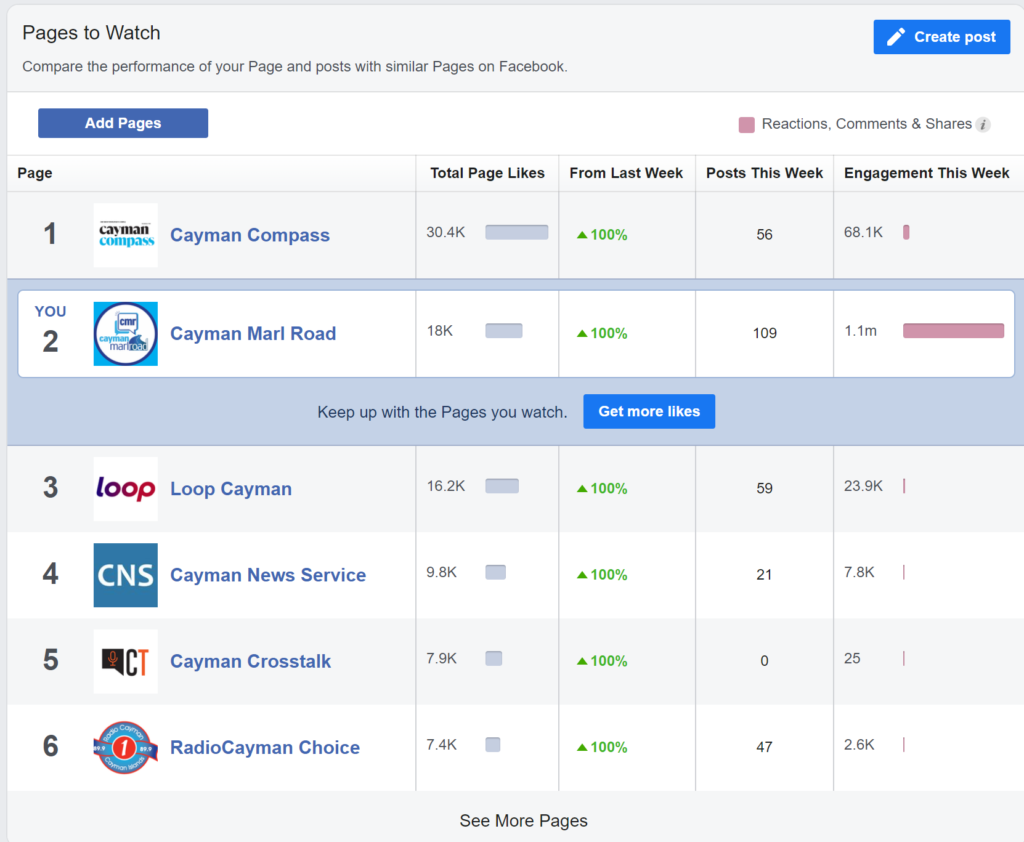 “Immediately we saw the importance of dominating the social media space and we have continued this trend almost from inception. At times we see our numbers fluctuate to reaching several million people which is a clear indicator that we are trending outside of the Cayman Islands. 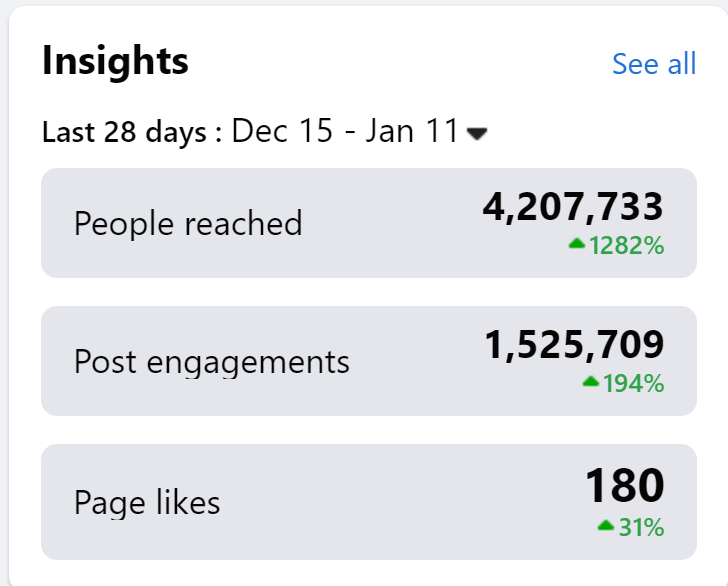 In recent times, CMR has surpassed the Compass in the page followers category on Facebook with Meta making a move to remove page likes altogether.