Government schools will be closed tomorrow and Tuesday and all civil servants will be required to work from home if they can. John Gray High School graduation would be canceled for Tuesday evening.

The Deputy Governor, the Hon. Franz Manderson has called a meeting of the National Hazard Management Council for 5 pm and additional details will follow.

Key messages were issued for cyclone twenty-six and the Premier, Alden McLaughlin also warned his Red Bay WhatsApp group of the pending message earlier this afternoon. 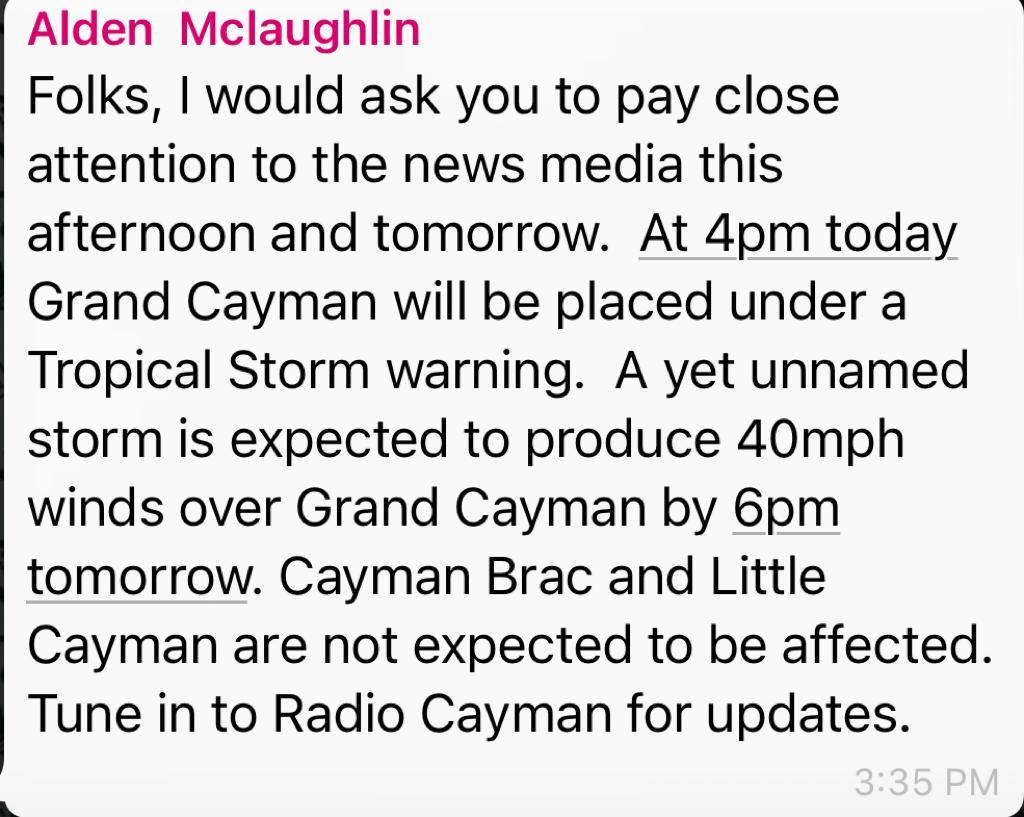 Despite the premier suggesting people tune into Radio Cayman, there are no local media, private or government that have yet issued this information as of 4:25 pm. Hazard management stated an hour ago that the system was being closely monitored which CMR noted last night.

The National Hurricane Center has issued a 4:00 pm advisory stating that we can expect heavy rainfall that will affect operations of Hispaniola, Jamaica, the Cayman Islands and western Cuba during the next few days.

Life-threatening flash floods and mudslides are expected for those countries.

Dangerous storm surge and hurricane conditions are possible for portions of Western Cuba and the Isle of Youth by Tuesday afternoon, and a Hurricane Watch is in effect. 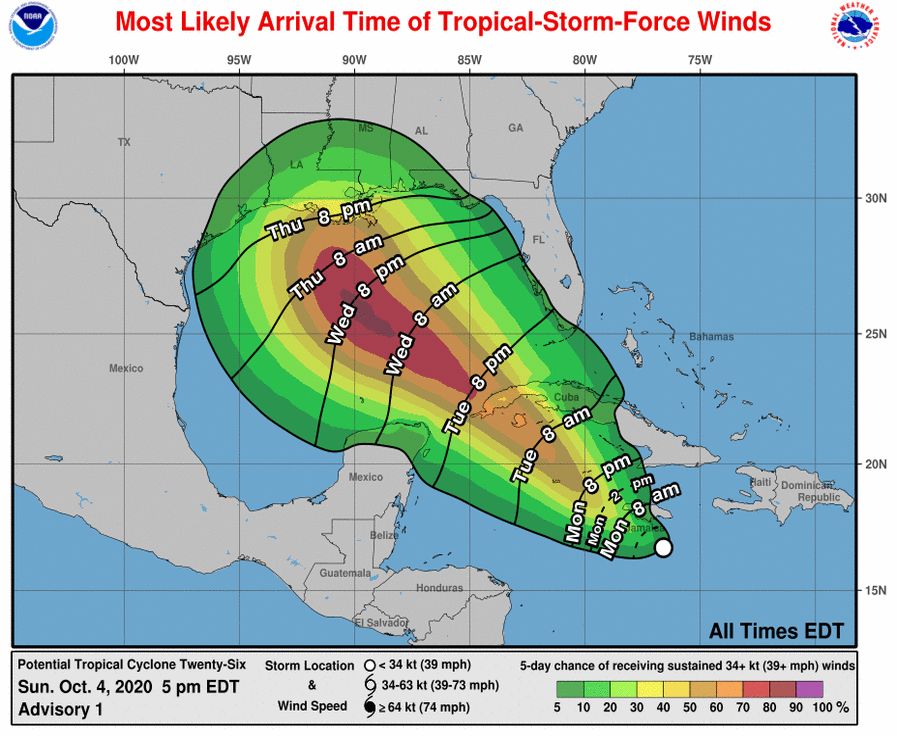 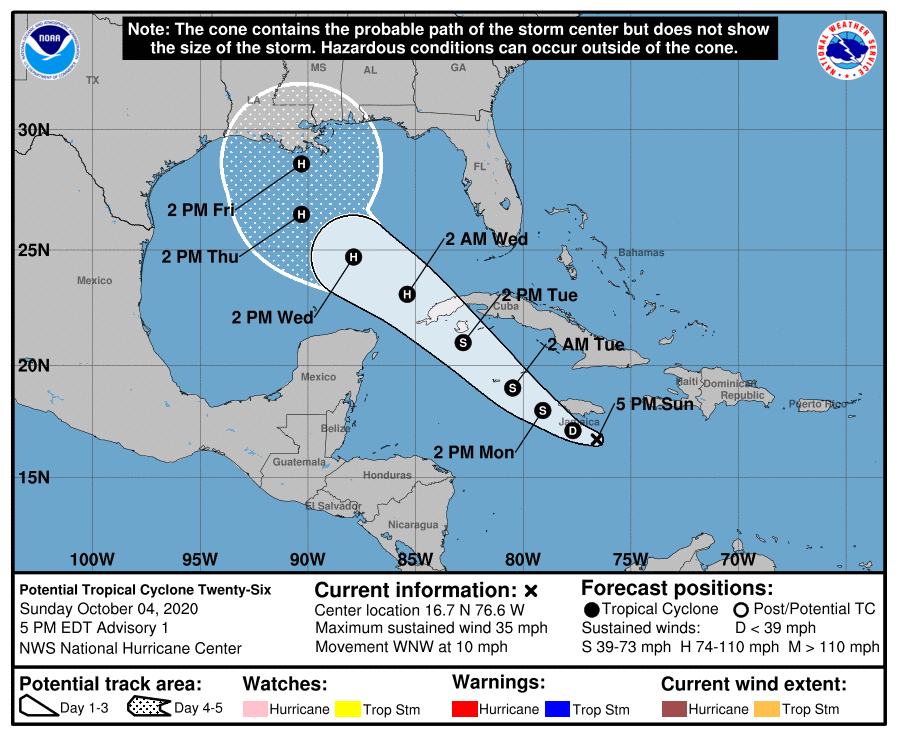 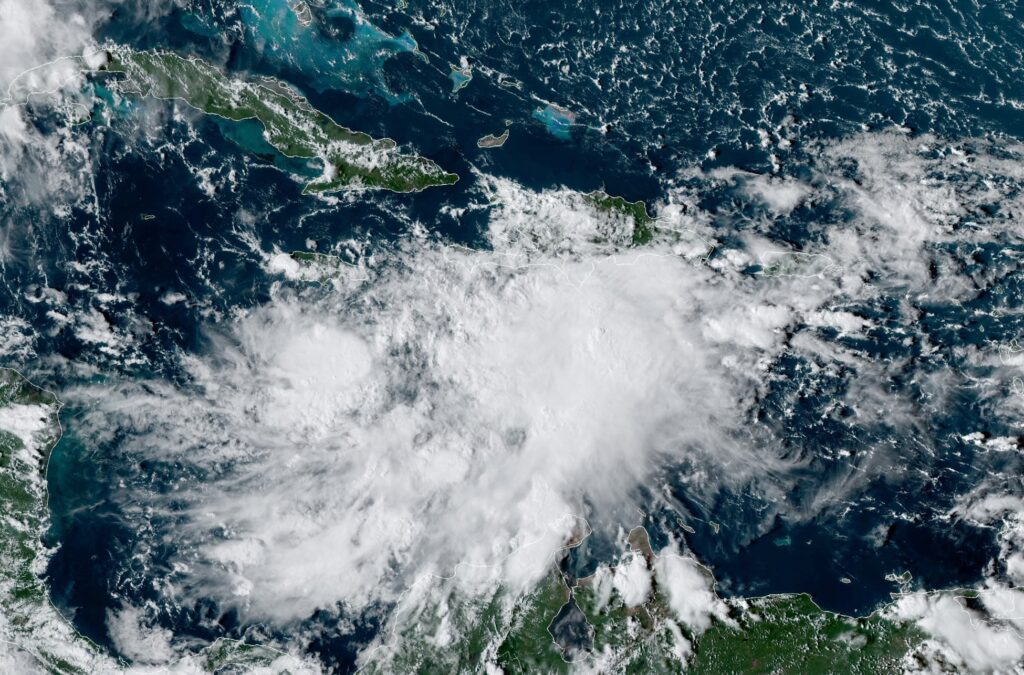 PREMIER ALDEN MCLAUGHLIN: Folks, I would ask you to pay close attention to the news media this afternoon and tomorrow. At 4pm today Grand Cayman will be placed under a Tropical Storm warning. A yet unnamed storm is expected to produce 40mph winds over Grand Cayman by 6pm tomorrow. Cayman Brac and Little Cayman are not expected to be affected. Tune in to Radio Cayman for updates.

ADVISORY: All schools closed ahead of tropical storm warning