McAlpine was aboard private chartered flight C-FCGF which he arranged to get about 8 persons to Toronto from Grand Cayman. Many aboard were repatriating because of the COVID19 pandemic.

The 47-year-old posted on his Facebook page that he was looking for passengers need to get to Toronto who were willing to share the charter with him. 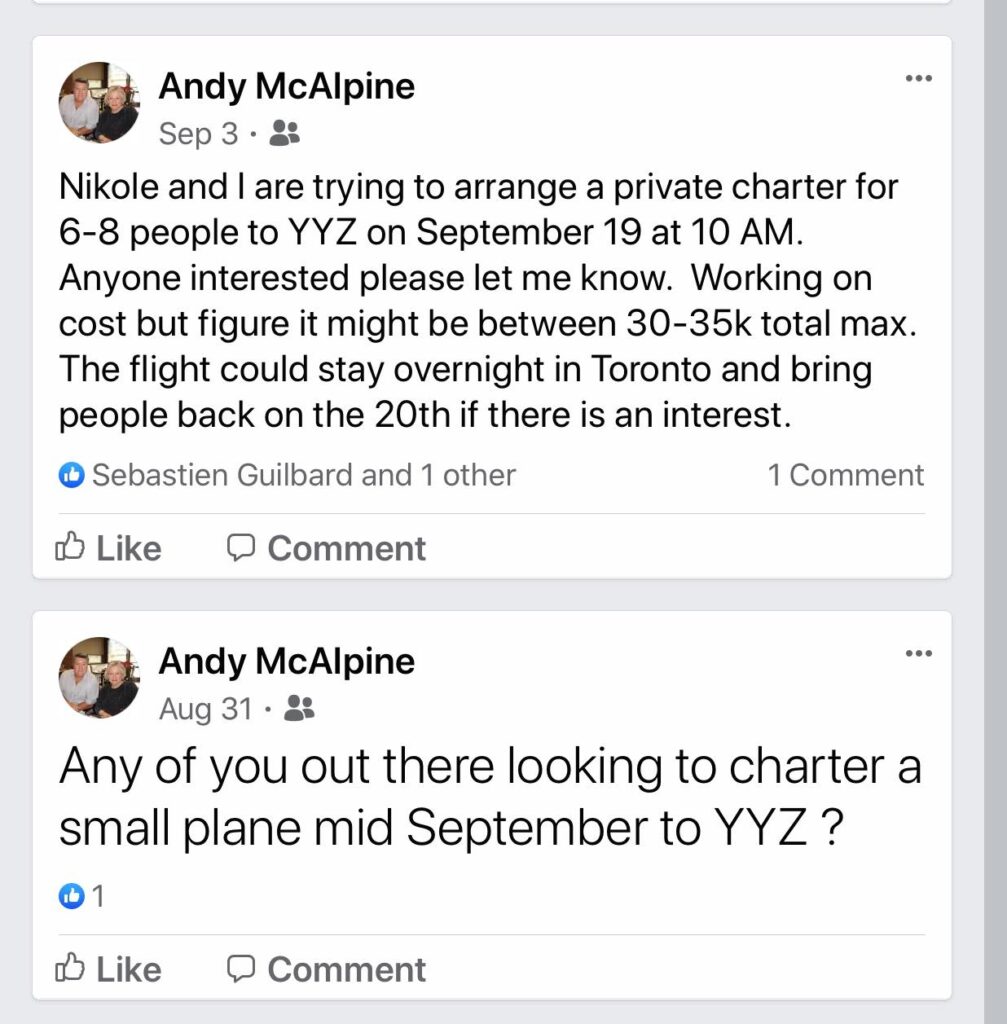 Exclusive CMR sources indicate that the plane stopped in Orlando in order to re-fuel when agents came aboard the plane on the tarmac and disembarked all passengers on board; searching them and their luggage. However, the flight detour was “unscheduled” and appears to be somewhat pre-arranged in order to allow him to be on American soil to be apprehended.

He was overheard begging the pilot to take his suitcase straight to Canada for him but the authorities confiscated it and took him into custody. The exact reason for his detention at this time remains a mystery. CMR reached about to his wife, Carolyn McAlpine who indicated she would return our call but has failed to do so.

The flight eventually left Orlando around 5:05 p.m. and continued on to Toronto, Canada.

The pilot was also overheard swearing for his “good character” and asking the authorities to leave him alone.

Online searches indicate that McAlpine has some involvement with the securities industry as a senior financial advisor for LOM Securities (Cayman) Ltd. 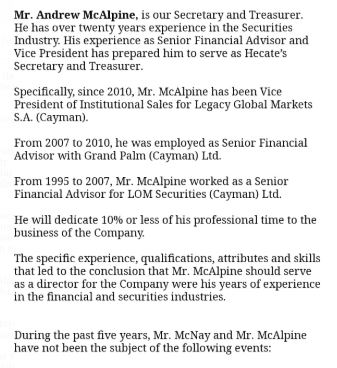 McAlpine's name also came up in 2016 in a settlement agreement between the SEC and Caledonian Bank Ltd. et al where it was alleged that the bank was involved in pumping and dumping of stocks. The settlement claimed that “high-level employees” of the bank were “complicit” in a pump-and-dump securities fraud by clients that netted a $38 million profit:

“Together, this evidence paints the picture of Caledonian knowingly, or at least recklessly, assisting its clients in carrying out their pump-and-dump schemes.”

And that employees fo the banks were involved in:

“Highly suspicious pattern of selling large blocks of penny stocks for companies with no significant trading history or revenues, simultaneously with huge spikes in the volume and price of those penny stocks.”

McAlpine's was a trader in correspondence with employees at Caledonian who were eventually forced into liquidation by the Cayman Islands Monetary Authority. Multiple emails with McAlpine in 2013 were used in the SEC evidence bundle for their settlement: 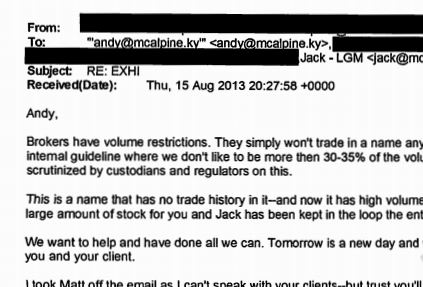 In 2001 LOM and Andrew C. McAlpine were accused of fraud and mismanagement by Plaintiffs Vokoban Corporation and VAM International, which opened a $500,000 brokerage account with LOM in 1996. In that case, there were allegations that McAlpine's LOM expenses, which included trips to New York for client acquisition, were being charged to VAM's American Express credit card. The company paid $50,000 to settle the matter.

The passengers were apparently told to keep the matter quiet.

This is a developing story and more information will be provided once updates are received.

No, thanks.
How do you feel after reading this?
Tags: Andrew Charles McAlpineAndy McAlpine