Debra Broderick - Candidate for North Side

(CMR) Less than one month after posting a lengthy social media tirade about her election prospects for North Side Debra “Debbie” Broderick has now officially declared her intention to run for public office in the district of North Side against her cousin Ezzard Miller. Referring to herself as a “people's person” she now seeks to get the voters in North Side to elect her to public office.

On January 22, Cayman Marl Road reported that she was canvassing in North Side and publicly expressing her desire to run for office. However, that story was met with a contradictory post that did not exactly deny her intention but instead solely focused on CMR's “unorthodox endeavours of giving news”.

Broderick claimed that we infringed on her personal rights and the announcement was presumptive. She further went on to share that CMR's content manager was in no position to speak about the village people of North Side because “Ms. Catron spent the best years of her life in the US”. 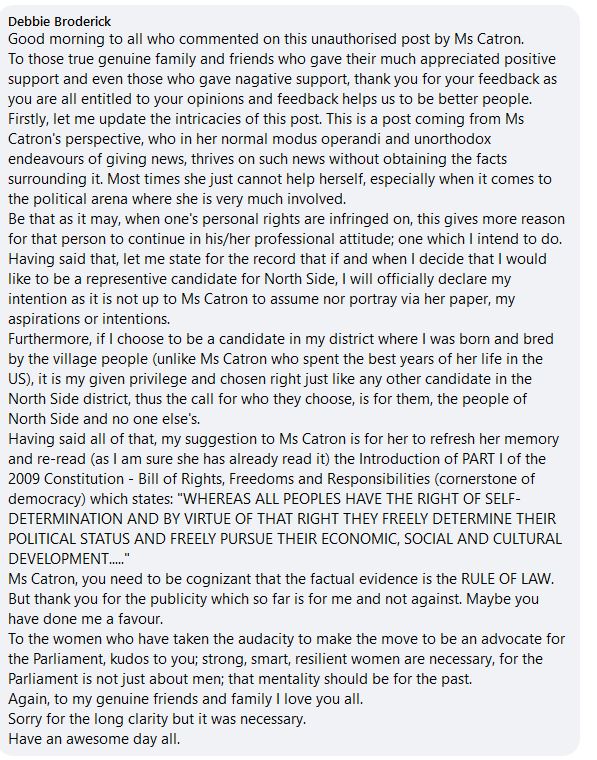 Despite that, the former Assistant Clerk at Parliament has now made it very clear that she intends to run and posted a flyer on her Facebook stories. 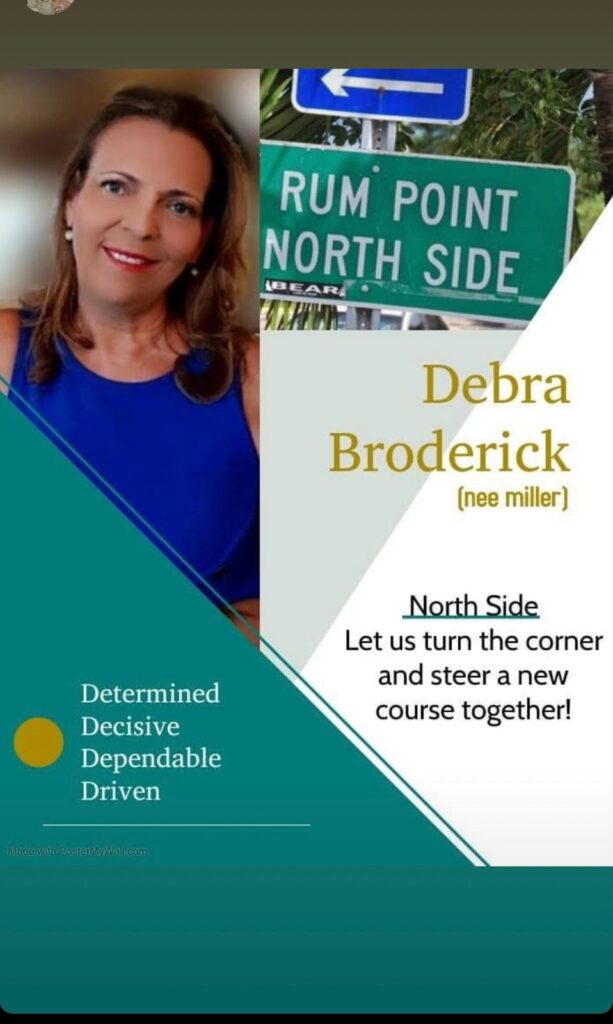 Broderick shared with another publication that she has extensive experience dealing with parliamentary matters over the course of her 17-year career there which began as a Hansard Clerk. She was then promoted to Senior Hansard Clerk and eventually moved up the ranks to be the Assistant Clerk.

Prior to that Broderick worked as a flight attendant where she shares that she learned her skills as a “people person”.

She notes that she is driven by a passion to “see her district thrive and prosper” and wants to focus on being a voice for the disenfranchised by showing more empathy for the elderly and young.

She is also running on a platform of more jobs for “newly qualified Caymanians.”

Serial kidnapper on the loose in Jamaica