(CMR) The Premier of the British Virgin Islands and his managing port director have been arrested by US federal authorities for conspiring to import cocaine into the United States and money laundering. The pair were in Miami for a Seatrade Global 2022 cruise convention held from April 25-28.

Andrew Alturo Fahie and Oleanvine Maynard are now in the custody of the Drug Enforcement Administration at the Miami-Opa-locka Executive Airport. The son of the port director, Kadeem Maynard was also arrested at a different location.

The breaking news story came by way of a Miami Herald article Thursday afternoon where it was disclosed that the duo was arrested after they met with undercover DEA agents. The agents were pretending to be cocaine traffickers checking out an alleged shipment of  $700,000 in cash on an airplane headed for the British Virgin Islands.

The government officials went to the airport Thursday morning to see the load of cash; which was a payoff for “allowing the cartel's future cocaine loads to be transported” through the overseas territory to the United States. 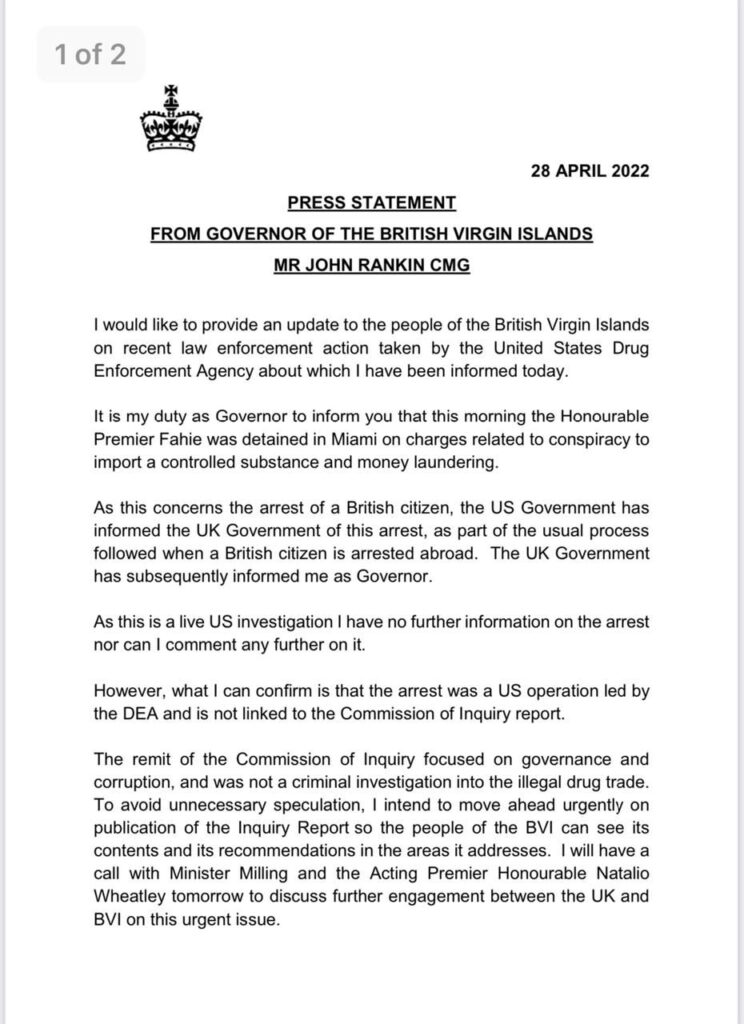 The DEA agents were posing as members of the Mexican Sinaloa cartel.

They are scheduled to appear before a federal court judge on Friday afternoon. BVI Governor John Rankin issued a statement indicating that the US government informed UK officials of the drug-trafficking case.

No, thanks.
How do you feel after reading this?
Tags: Andrew A. FahieKadeem MaynardOleanvine Maynard

(CMR) Premier Wayne Panton has made it clear that the PACT government will hold its own members accountable for any...