(CMR) Public Health is conducting contact tracing after a super spreader church service at The All Nations United Pentecostal Church on Cayman Brac occurred sometime between last week Friday and Sunday. Commonly referred to as “Courtney's Church” on the bluff in Cayman Brac upwards of 60 people are being contact traced by Public Health for likely COVID-19 Omicron exposure.

It's suspected to be local transmission according to Pastor Morrison. He shared that people had gone to the doctor after not feeling well but were not tested for COVID-19 at that time until one community worker tested positive on Monday.

The suspicion is that the exposure may have happened between the New Years Service and the Sunday Service. He noted that he was proactive and informed his congregation to rapid flow test immediately after they were notified that one person had tested positive. Pastor Morrison noted that he fell ill on Monday afternoon and immediately went into separate isolation facilities from the rest of his family.

He proceeded to drive himself to the testing site and confirmation his COVID-19 status. He was negative Monday night but by Tuesday the PCR test indicated a slight line for the positive indicator.

On Friday evening another 33 COVID-19 cases were reported for the sister islands. They have 86 active cases. 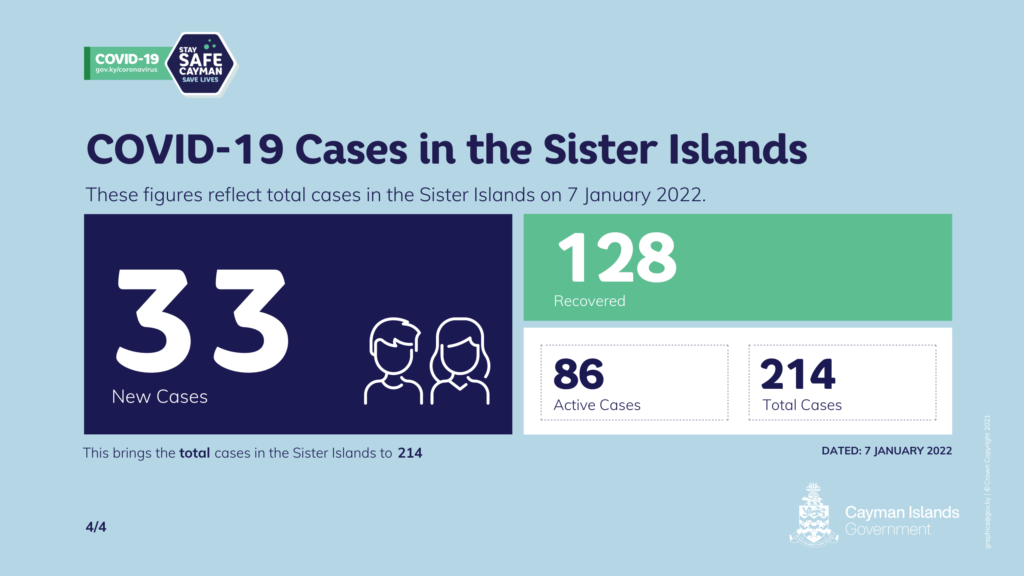 The Brac's most recent COVID-19 numbers have seen a significant jump and double for two days in a row. Courtney Morrison is also the manager at a local supermarket on the Brac and thus far none of their staff have tested positive.

On Wednesday, the pastor's wife, Marcia Morrison, attempted to go to Cayman Airways Cargo in Cayman Brac before she was erroneously stopped and made to return back to her residence. However he has never tested positive and was in a separate apartment from Pastor Morrison.

Courtney's Church in Cayman Brac is affiliated with The All Nations United Pentecostal Church of the Apostolic Faith in Grand Cayman.

The Brac is now experiencing a significant jump in COVID-19 infections. Brac residents which are largely elderly have expressed some serious concerns about this situation and whether the guard has been dropped entirely as it relates to offering the sister islands guarded protection against the coronavirus.

Brac residents have also expressed concerns that in the space of 24 hours their COVID-19 numbers have essentially doubled.

(CMR) District Commissioner Mark Tibbetts updates the sister islands on what they can expect from Tropical Storm Ida.