(CMR) Police have now confirmed the arrest that was made on Wednesday of a Cayman Brac resident, Elvis McKeever (60) of Watering Place.

Police noted that on Wednesday, 29 May, officers conducted an operation under the Misuse of Drugs Law at a location in the vicinity of Songbird Meadows, Cayman Brac, acting on information that ganja was being cultivated in the area. 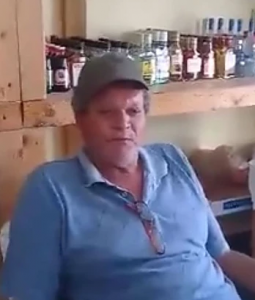 During the operation, 47 mature ganja plants were recovered. As a result, a man, age 60 of Cayman Brac, was later arrested on suspicion of cultivating ganja.

A search was later conducted at the man’s residence at a separate location and a small portion of ganja seized.  The male was warned for prosecution for possession and consumption of ganja.

The man has been bailed as investigations continue.  A tipster informed CMR of the arrest shortly after it happened on Wednesday morning and capture part of the police operation.

No, thanks.
How do you feel after reading this?
Tags: Elvis McKeever

(CMR) The police are warning parents that new packaging is being used to conceal illegal drugs. The new packaging, designed...

(CMR) Wanted man Charles Walton III was arrested on Saturday 30 July on suspicion of robbery. He remains in custody...

Man arrested after he returned to scene of burglary

(CMR) A 30-year-old  man who was arrested after returning to one of the businesses he broke into last Friday has...

DoE reminder - do not lift wildlife out of water