(CMR) Paul Mannix Scott (39) was sentenced today to three years and three months for causing the death of Sharon Gayle-Clarke (51) in Cayman Brac on February 27, 2018 in what the judge called “a tragic case.” With the 60% sentencing guidelines, he will spend shy of two years in jail.

He pleaded guilty on February 22, 2019, to the offense which occurred near the intersection of Bight Road and Tibbetts Turn after his Honda Accord crashed into the RAV4 that Gayle-Clarke was driving at the time. She was on her way to work at the Kirkconnell Community Care Centre, where she worked for some 20-years. At the time of the accident, Gayle-Clarke was heading to work for her 11 p.m. to 7 a.m. shift. 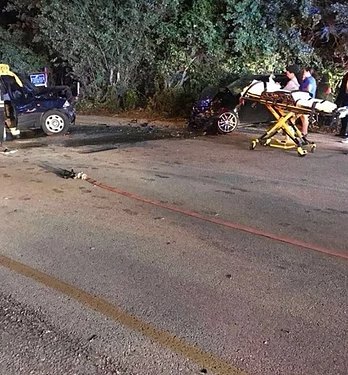 On Thursday afternoon the prosecution and defense attorney put forward sentencing arguments for the judge to consider. The Honourable Justice St. Johns Stevens indicated early on that he wanted to take the weekend to consider the matter and would be rendering his decision on Monday.

Senior Crown Counsel Nicole Petit represented the DPP's office after taking it up from Crown Counsel Greg Walcolm who is on leave. She shared that speed appeared to be a significant factor in the accident despite expert witnesses disagreeing as to the actual speed the vehicle was traveling at the time of impact. She was happy to err on the side of caution and accept the lower speed which put the car at 69 mph.

She further shared that the accident happened at around 10:52 pm and the defendant was the sole occupant of his Honda Integra when it collided with the deceased's RAV4. When taken to the hospital he refused to provide a blood specimen to the police. However, his attorney argued that matter was being debated in the lower Summary Court as he was not formally arrested when the request was made.

When warned of intended prosecution he responded with “roger that”.

Scott received some injuries himself and had to be air ambulance by police helicopter to Grand Cayman. Gayle-Clarke cause of death was blunt force trauma to the neck and head and a severed left vertebrae artery. During his police interview, Scott gave a no comment interview. However, he provided a statement that indicated he had been at Pat's Bar earlier in the day and claims he had looked down on his phone to change the song that was playing when the accident occurred.

The prosecution reminded the court that he actually went to three different bars that night including La Esperanza and Coral Isle Bar where he claims he did not drink. He later admitted to having six beers and six shots of liquor at Pat's Bar before getting behind the wheel of his vehicle. In his confession he eventually “he took full responsibility that alcohol played a factor.” but claims that “I knew that if I was too drunk I would not have driven”.

Asking for a sentence closer to five years she noted that he had previous DUI convictions, he reached for his phone whilst driving and refused to give a specimen – aggravating factors that could be taken into consideration. The crown also shared the impact the accident had on Gayle-Clarke's family as she was the primary breadwinner. A child in her care had to be placed into the foster care system and her husband returned to Jamaica on rollover.

The court has previously ordered both a social inquiry report and a victim impact report.

Scott was represented by attorney Nicholas Dixey and Scott was disqualified for driving for five years when he pleaded guilty last February by Justice Carter. Dixey argued for a lesser sentence stating that the more appropriate range would be around two years instead of five.

He reminded the court that Scott, a security guard at the Port Authority, was the primary provider for his family and had a child with special needs. He further indicated that numerous persons provided character letters and the deceased's family had asked for leniency for the defendant indicating a community-based sentence might be more appropriate in the circumstances.

In making his judgment on sentencing Justice noted that having pleaded guilty to causing death by dangerous driving contrary to section 72(1) Traffic Law (2001 Revision):

“this as in many cases such as before the court is a sad case, it has had an impact on the family of Sharon Gayle-Clarke … it has also had a ripple effect upon the family and those who surround the defendant.”

The judge said that his previous convictions for DUI and careless driving are aggravating factors in this case but also accepted that he was genuinely remorseful and had a great number of supporters who providers character references.

He finished with reminding people that:

He also increased the driving qualification period to six years running from the date of conviction which was February 22, 2019.