Reports from the RCIPS are that the Cayman Brac police, fire, customs, DOE officers and the CERT team have all joined efforts to locate Smith.

The 54-year-old Caymanian went missing on Friday (May 18) after informing friends he was taking a mid-afternoon dive. However, when he did not arrive for work the following day the police were notified. Apparently he works for Scott Development as a gardener. When his boss found his work tractor on Saturday along with cigarettes, a towel and some at Scott's Dock – West End he immediately altered the police. 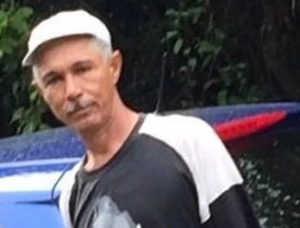 Members of the newly formed RCIPS Dive Team deployed to Cayman Brac yesterday to conduct dive searched in hope of locating Smith. Police indicate that after a briefing the dive team began searching in the afternoon. Brac Scuba Shack provided the team with complimentary tanks and emergency equipment. Poor weather conditions have prevented the deployment of the helicopter.

â€śThe weather is being closely monitored, and the crew will deploy if able to do so,â€ť a police media statement said.

â€śWe are using all available resources at the moment to find Mr. Smith, and thorough searches have been carried out today and yesterday despite very poor weather conditions.â€ť

He added, the thoroughness of these searches â€śwould not be possible without the private boat owners, divers, snorkelers, dive shop owners and other private citizens who have responded to this emergency with us and our first responder colleagues.â€ť

Pictured: Six member CERT team specially trained for rescue and recovery efforts like this have been assisting in the operation.