Beauty without boundaries – contestant in turmoil!

4
SHARES
131
VIEWS
Share on FacebookShare on TwitterShare on Whatsapp

“To change undesirable behaviors we see in the world, we must change the thinking that leads to those behaviors.”

(CMR) We live on an island that specializes in denial and several local personalities are no exception.

Whether it’s the employer who constantly gets on the radio and talks about other employers who refuse to pay pension, salaries and health insurance; but they themselves are the biggest offenders.

Whether, it’s Cayman’s biggest con artist who makes believe on social that he’s not a child predator, narcissist and thief. Yet, there is ample evidence to prove all of those things and people still back him despite it.

Whether ts Miss Cayman’s second runner-up, Tiffany Conolly, who has been plagued with numerous behavioral issues before and after last year’s pageant.

When Cayman Marl Road reported on the fact that Conolly assaulted another girl Friday there was a lot more about her behavior over the past 6 months that we could have said but chose not to. Her response to the article was then to attack us on her Facebook page; once again demonstrating that as the old people would say:

Not only does she not have any idea how to behavior befitting of a beauty queen but she also has clearly never accepted that in life her choices and decisions come with consequences. Every time someone gives these people a pass on this island they don’t use that a mechanism for change but instead use it as an excuse to continue unchecked.

Even after being castigated by numerous magistrates over the course of months she now has the audacity to post on social media that she was found NOT GUILTY! Perhaps is a symptom of being young and naive. The facts are we know she accepted her guilty (because she had no other choice) and she eventually accepted full responsibility for causing the accident. Hence why she was ordered to pay to fix the other driver’s car. In those circumstances you cannot be found NOT GUILTY – despite whatever spin you now wish to put on the situation. The other traffic offenses were strict liability offenses – so the court would have dealt with those with fines/license suspensions. 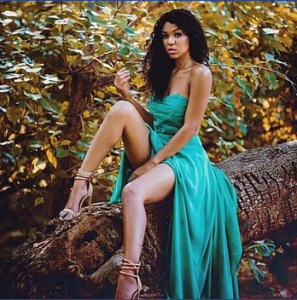 Questions still linger as to why the vehicle owner was never held responsible as is customary for allowed her to drive their car in the first place.

Ironic isn’t it? Here is an absolutely beautiful girl on the outside who has no comprehension that her actions impact others. Why is that? Is this island so adept at making sure that very few have consequences for their behavior that this mindset remains incredibly rampant?

The Miss Cayman Committee needs to take immediate action because the community is well aware of the other unpublished incidents and people are now beginning to question the integrity of all committee members.

If she requires professional help; then by all means get it for her. But to allow her to publicly continue these tirades with no consequences sends the wrong message to the entire community and would be contestants. Quite honestly, it also does her the greatest injustice of all.

Unchecked bad behavior is not becoming of her – beauty without boundaries is not a crown anyone should be happy to wear.

Police at scene of major incident in Bodden Town