A series of bar brawls lead to several parties being injured at a local Spanish themed bar and restaurant – Bananas in Dolphin Centre.

Just after 3 a.m. this morning, 24 August, police responded to a report of a disturbance at Bananas Bar on Eastern Avenue involving a man with a machete. While on scene speaking with complainants and witnesses police learned that a fight had begun between two women inside the bar, and expanded to include two men in the bar.

During the course of these fights, one woman was struck in the face with a bottle, and a man sustained a serious injury to his hand. Both the woman and man received treatment at the Cayman Islands Hospital.

Police are continuing to investigate the incident, but no arrests have yet been made. 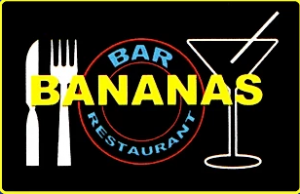 Anyone with information is encouraged to call George Town Police Station at 949-4222.

Anonymous tips can be provided directly to the RCIPS via our Confidential Tip Line at 949-7777 or via the Miami-based call center of Crime Stoppers at 800-8477(TIPS), or online at the link: https://www.tipsubmit.com/WebTips.aspx?AgencyID=681.

No, thanks.
How do you feel after reading this?
Tags: bar brawl