Applying make-up while driving – is it really shaming people?

Road user explains what she observed

After reading your messages to me and seeing how everyone is reacting to this post I really regret not taking video, but if you look at the background you can see that she was moving the whole time and I was driving, but I didnâ€™t take the photos – I commented to my friend in the passenger seat and he grabbed my phone to take the pictures.

Here they are again with the time taken in the shot. She was moving the whole time. 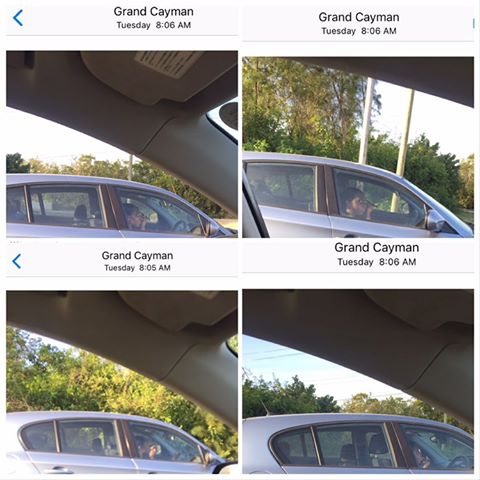 I really enjoy and appreciate your site so I didnâ€™t want to give people fodder to argue that you overreach sometimes. Your work to inform us of whatâ€™s happening and effort to stop killing starfish, for example, is why I wanted to give you more info on these photos so you can show that she was in motion the whole time justifying the post. 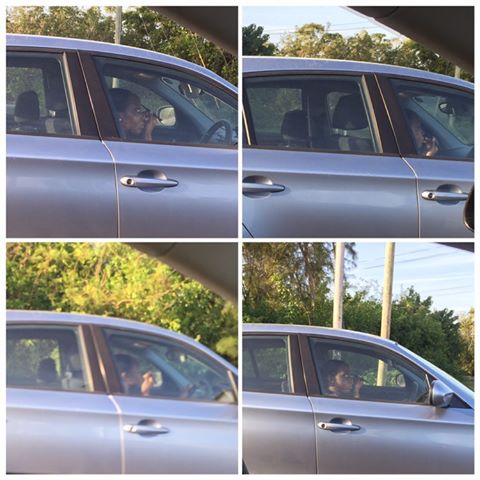 When in public you have absolutely NO expectation of privacy while driving on the roadways. If your fellow road users see you doing things such as applying making, texting, watching TV or even fighting in your car they are free to share that publically as your actions were conducted in public.

We bring awareness and whilst some see this as naming and shaming the end goal is people will think twice about their behaviors. There is no law against it and will continue to highlight these issues.

In Cayman, we have a tendency to victim blame. This extends to rape victims as much as it does road users. Those who report such transgressions should not be lambasted for doing so. No one knows who this young lady is but we hope the message is clear – driving and applying makeup even in rush hour traffic with thousands of other road users is not sensible and NOT SAFE!

With over 300 road traffic accidents in December, we should all be looking to make our roadways safer. If that requires highlighters others bad behaviors so be it.

Some of you were offended that the license plate, a government-issued plate, was someone included in the original photo. Once again, license plates are public for all to see. It's not a private number at all so publication in public should not be seen as offensive in any way. Secondly, we do not alter photos because the next criticism will be surrounding that. In very few cases we may blur out some private details sent to us.

Many are not used to being held accountable for their behaviors in public – perhaps there is a changing of the guards in that respect as well.