by Renae Stampp
in Tourism
0

(CMR) Reports by the Cayman Compass and other media that Air Canada flights have been suspended to Grand Cayman and other Caribbean destinations are not accurate according to Air Canada themselves. However, Air Canada has posted conflicting messages on their website and Twitter accounts which lead to confusion.

On the one hand, Air Canada is claiming that flights have been canceled and issued a travel advisory specifically naming the Cayman Islands and other Caribbean locations nothing that “Air Canada is suspending some flight to Sun destinations from January 24 until April 30, 2022. In another post on Twitter responding to a direct question about it, they indicated that new media had erroneously relied upon an old press release from January 2021.

On their website, it's apparent that both posts remain there currently. The confusion was not limited to local media as it appears that several international media and travel blogs also noted that there was a cancellation in fact.

The Ministry of Tourism is trying to clarify what the true position is and they are actively working on a press release. It appears that the flights COULD INDEED be canceled.

Air Canada, in a tweet, said the information being circulated is from an old press release. However, in their own website, Air Canada themselves appear to be somewhat confused as on their own website there is a posting that is dated January 5, 2022 claiming cancellations.

For their part, travelers are utterly confused but some persons have responded to CMR indicating that their flights have indeed been cancelled. 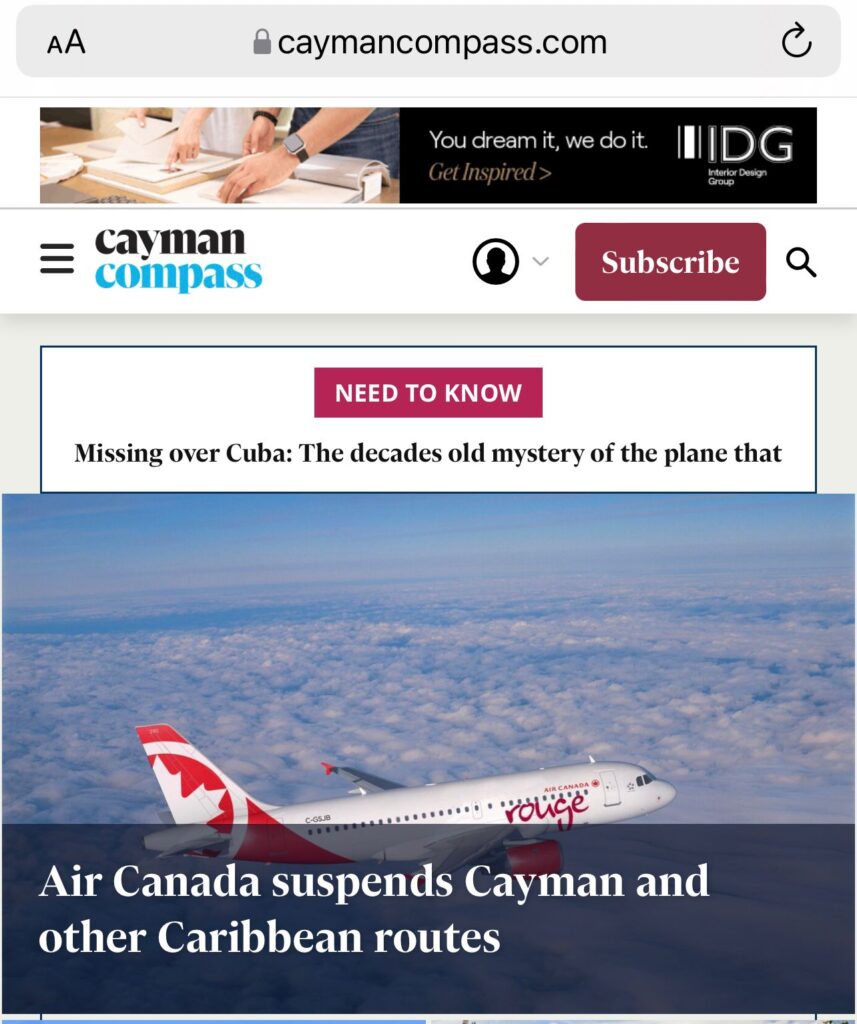 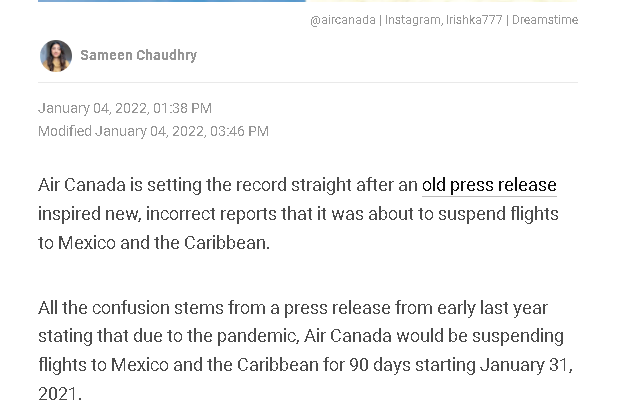 West Jet appears to be continuing directly flights with no confusion.

British Airways staff at Heathrow vote to strike this summer
US to end COVID-19 testing requirement for air travelers
Cayman Airways seeks permission to fly to US West Coast
Minister Bryan to attend IRF Conference in Barbados
Share your vote!

British Airways staff at Heathrow vote to strike this summer

(CMR) British Airways staff at London's Heathrow airport have voted in favor of a strike for better pay, trade union...

US to end COVID-19 testing requirement for air travelers

(CMR) The US government is expected to end COVID-19 testing requirements for travelers flying to the country as of this...

Cayman Airways seeks permission to fly to US West Coast

(CMR)  In addition to current US routes, Cayman Airways is exploring non-stop service to one or more US West Coast...

(CMR) A delegation of transport officials led by Hon. Kenneth Bryan, Minister for Tourism and Transport, is attending the 10th...

(CMR) Carnival Cruise Line’s Carnival Freedom caught on fire this morning while docked at Grand Turk in the Turks and...