Accusations of doctored liquor board minutes

An internal audit carried out by the Cayman Islands Department of Commerce and Investment concludes that the former Liquor Licensing Board changed official records, introduced a new policy and took decisions “not within their purview”.

The internal audit was released late Wednesday and sought to review the controversial decision by the board and its former chairman, Woody DaCosta, regarding the Peanut's gas station liquor license. Peanuts are owned by Angel and Gary Rutty and has only recently opened and includes a drive-through Burger King attached to the property.

The allegations of wrongdoing, falsifying minutes and possible corruption have been circling around on the marl road for a number of months regarding the approval of the license. Earlier in the year, two separate minutes were leaked to the public that came to very different conclusions. 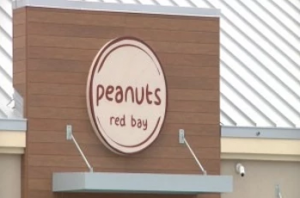 The audit lays out the chronological sequence of events. The allegation is that DaCosta and his board realized that they made the wrong decision shortly after the first meeting on March 24th where they approved the license for Peanuts to sell gas station liquor on Sundays. The board chair then began a cover-up and created policy to justify the mistake. From June 22-29th the board “commences an extensive exchange of emails concluding with a revised set of minutes being circulated to the Board.” Despite this apparent mishandling of the situation, the internal audit report concluded the board acted in good faith.

A number of recommendations were made including a further review of the application with a view to either revoking the current license or issuing a new one under the law. The new board chairman Noel Williams will be responsible for correcting the situation. Deputy Governor Franz Manderson stated that “The report takes forward our commitment to maintaining good governance and transparency in our dealings.”

The Commerce Minister The Honourable Joey Hew and Deputy Governor Franz Manderson called for this internal review but notably, several documents relied upon have been redacted.