Andrew Tate and his brother were arrested in a raid (Reuters photo).

(CMR) Romanian authorities detained divisive internet personality and former professional kickboxer Andrew Tate on suspicion of human trafficking, rape, and forming an organized crime group. Andrew and his brother Tristan were arrested Thursday after he posed beside a pizza box, potentially confirming his location to authorities.

Tate, banned from many social media platforms for misogynistic comments and hate speech, and his brother Tristan will be detained for 24 hours alongside two Romanian suspects, Reuters reported. The Tate brothers have been under criminal investigation since April.

“The four suspects … appear to have created an organized crime group with the purpose of recruiting, housing and exploiting women by forcing them to create pornographic content meant to be seen on specialized websites for a cost. They would have gained important sums of money,” prosecutors said.

Prosecutors also revealed they had found six women who the suspects had sexually exploited.

Tate has said women are partially responsible for being raped and that they belong to men.

Earlier this week, the British national was told to get a life by climate activist Greta Thunberg on Twitter after he told her he owned 33 cars with “enormous emissions.”

It's believed that his online spat with Thunberg contributed to the timing of the raids. The raids came a day after he taunted the climate activist while posing alongside a Romanian pizza box, confirming his location to authorities. Police confirmed to local media that they relied on social media posts to figure out that the Tate brothers, who were constantly traveling out of the country, had returned to Romania. However, they did not reveal which posts.

After Greta Thunberg (19) and Andrew Tate showdown on Twitter, their accounts both spiked in popularity.

According to Insider, Tate's account grew by over 108,000 followers on Twitter on the day of the spat, a much higher number compared to an average growth of around 40,000 a day for the week before. Thunberg, whose account had previously been losing hundreds of followers a day, shot up by 163,000 followers that same day.

Tate called out the environmental activist on Twitter, asking for her email address so that he could email her a list of his car collection's emissions.

Thunberg replied by saying he could send an email to “[email protected]” The clapback went viral, amassing almost three million likes and over 180 million views in a day.

Some people said they were not aware of him until the viral tweet. 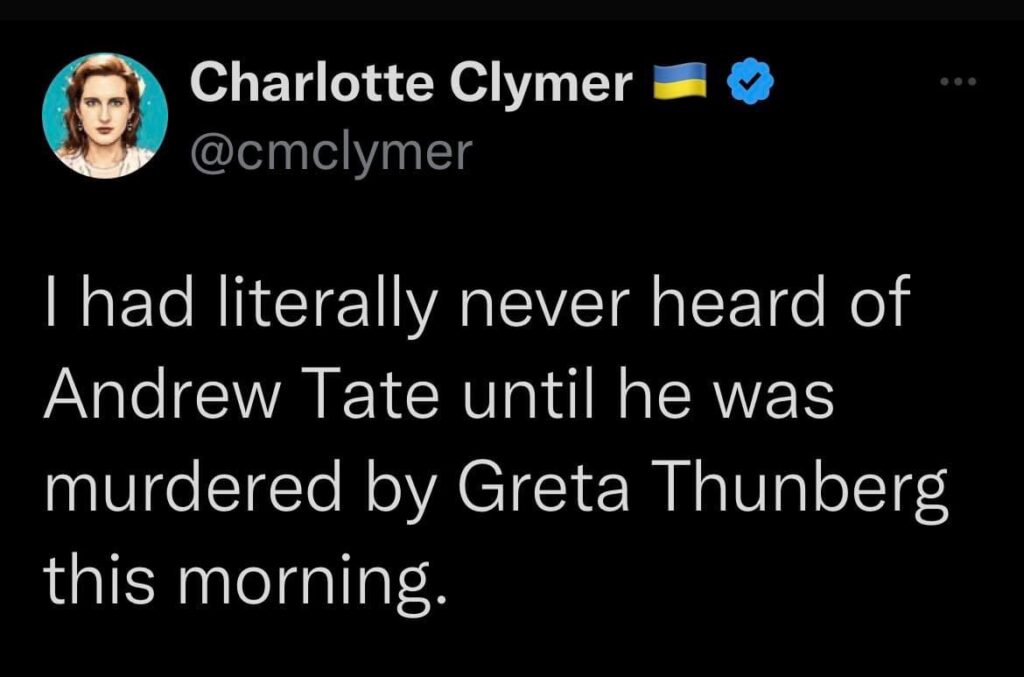 No, thanks.
How do you feel after reading this?
Tags: Andrew TateGreta Thunberg