(CMR) Jerome Alexander Miller (31) received a suspended sentence for assaulting a woman with a rock and causing injury to her scalp, chest, and lip. The court heard from defense attorney Oliver Grimwood that his client “lost control” outside a bar and acted out of character in August 2021.

A government minister also provided Miller with a reference letter the court learned during his sentencing hearing on Monday afternoon. Miller was charged with wounding, common assault, and criminal damage. He pleaded guilty to damaging the complainant's vehicle but would not admit to the wounding and common assault charges.

Miller was involved in a verbal altercation involving several women known to him that began inside a bar. Soon the incident escalated, and the parties went outside the establishment, where he picked up a rock and assaulted three women known to him. He was found guilty during a July trial.

The prosecution noted that the incident happened at a licensed premise after midnight.

The victim in question was assaulted with a rock and sustained three puncture wounds to her scalp, an abrasion to her chest, and a busted lip. Both prosecution and defense attorneys agreed that this was a high category 2 culpability with lesser harm. The use of a weapon and repeated assault on the complainant were seen as aggravating factors. 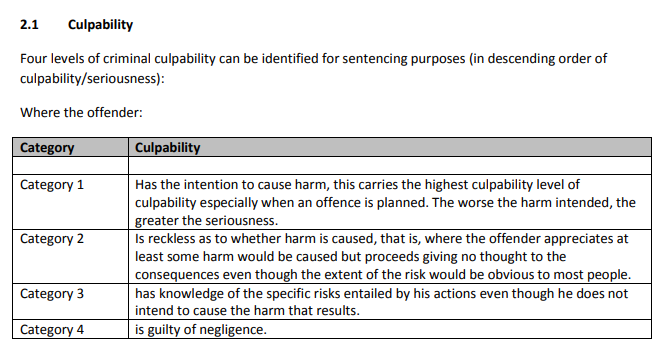 Wounding offenses carry a maximum sentence of 7 years, with both attorneys agreeing that the custody threshold had been met. Damage to property of less than $2,000 carries a fine of $500 with a maximum penalty of 5 years of incarceration.

He also damaged a vehicle belonging to one of the victims, and there was a restraining order in place between the parties. Grimwood argued that this was an isolated incident and that his client lost control. He made no objection to a compensation order that would compel the defendant to pay for repairs to the victim's car despite no invoices being supplied and it subsequently being repaired by her insurance company for an unrelated incident.

Acting Justice Aileen Downey noted that the starting point for this offense was three years. However, the fact that he is of previously good character with no previous recorded convictions and is also the primary caregiver of his young child weighed heavily on the judge.

However, she did observe that there were a number of concerning factors, including the fact that Miller could have left the scene of the accident but instead chose to “stay and engage”. He also denied he used a rock which the evidence did not support. The nature of the injuries sustained was characteristic of the weapon being used against the victim.

The judge conceded she was concerned about his lack of taking full accountability for his actions, something that was noted in the social inquiry report provided to the court. Despite that, she found that in the circumstances, she was able to use alternative sentencing options available to her. She observed that he also held a steady job, and the negative impact on his toddler son's life would be significant.

She noted the necessity to balance all elements for the application of the most appropriate sentencing. She noted that the victim's impact statement was overly personal and that did not carry the full weight of one that focused on how the injuries impacted her life.

Minister Jay Ebanks of North Side provided a preference letter for the sentencing hearing. He shared with CMR that :

“That kid grew up in my neighborhood all his life and was part of the cadets. I never knew him to get in any trouble.”

She instead ordered a 24-month suspended supervision order along with 150 hours of community service to be completed in 12 months. Miller is to pay compensation for the damage caused to the vehicle in the amount of KY $2,976.51 and was instructed to stay clear of the other parties. He noted that it was “unlikely he would put himself in the criminal justice system again.”

No, thanks.
How do you feel after reading this?
Tags: common assaultJerome Alexander Millerwounding