(CMR) A PBY Catalina amphibious aircraft landed at the Owen Roberts International Airport Monday, 28 November, to mark the 70th Anniversary of the landing of the first commercial aircraft. The plane is the same as the one that landed in 1952.

Governor of the Cayman Islands Martyn Roper was on location to witness the aircraft landing.

“We have one person, in particular, to thank for that first flight – Wing Commander Owen Roberts, who lobbied Commissioners for airfields to be built in 1952 on our 3 Islands. The airport is named after him, given his pioneering work to put aviation on Cayman’s map. He tragically lost his life in Jamaica in the first commercial fight in 1953,” Governor Roper stated in a post on Monday. 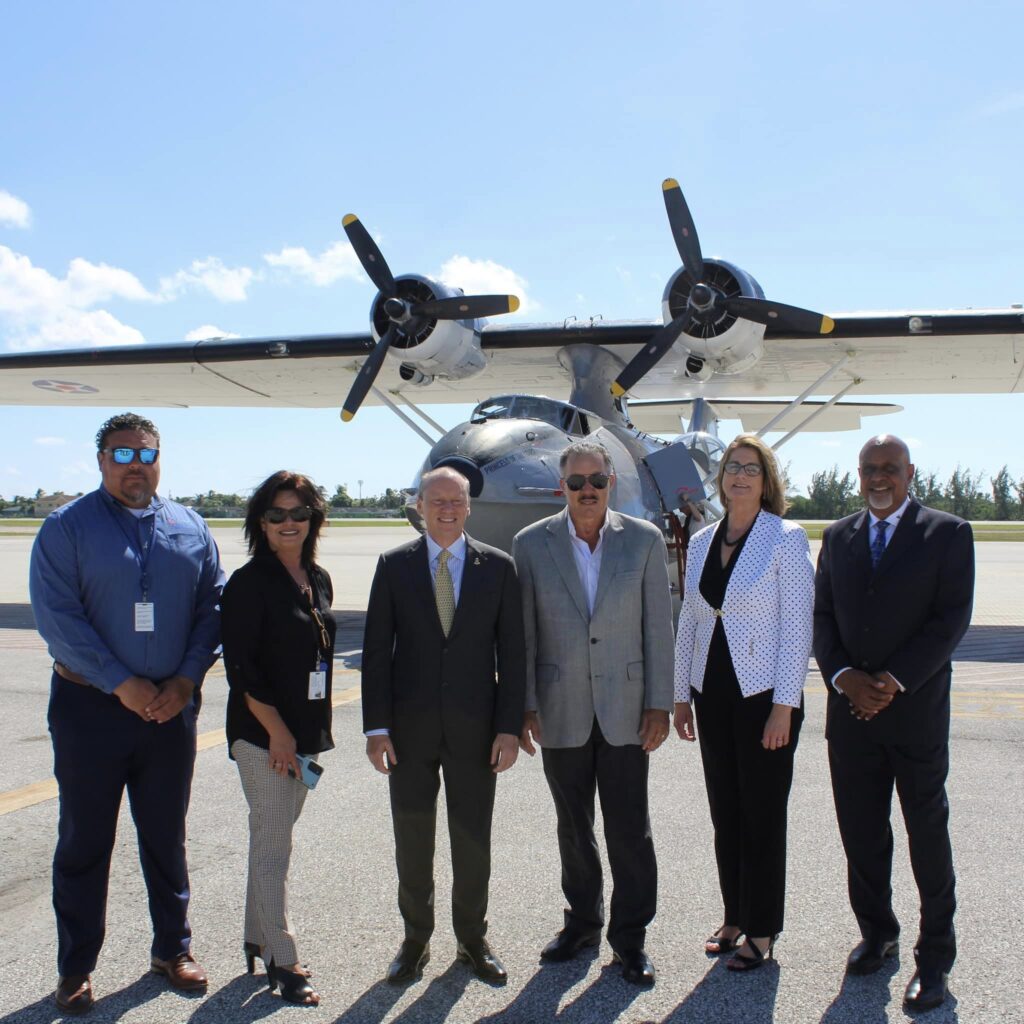 The anniversary of the first commercial flight also comes at the same time when the  Cayman Islands Air Show celebrations will take place throughout this week and conclude with the fly past and static display on Saturday in Grand Cayman, followed by a display in Cayman Brac on Sunday.

“It is great to see a return of the air show to the Cayman Islands after more than 20 years, and I am delighted that the Civil Aviation Authority of the Cayman Islands was able to reschedule this event after having to postpone it due to inclement weather during the Late Queen’s Jubilee,” Governor Roper stated.

Mr. Roper said he hoped everyone would take the opportunity to join in on the celebrations over the coming week.

“I look forward to seeing the performances and displays of the very talented pilots that have come to visit us,” he continued.

No, thanks.
How do you feel after reading this?
Tags: Owen Roberts International AirportPBY aircraft