(CMR) A University of  York student (23) was arrested after eggs were thrown at King Charles and Queen Consort during a visit to York Wednesday.

The man was reportedly restrained by police as crowds gathered at Micklegate Bar, the traditional royal entrance into the city, to greet the couple.

According to the BBC, the man shouted, “this country was built on the blood of slaves” as he was restrained. He was held on suspicion of a public order offense and remained in custody.

The BBC reported that people in the crowd started chanting “God save the King” and “shame on you” at the demonstrator.

King Charles almost stepped on one of the eggs but remained calm throughout the incident. 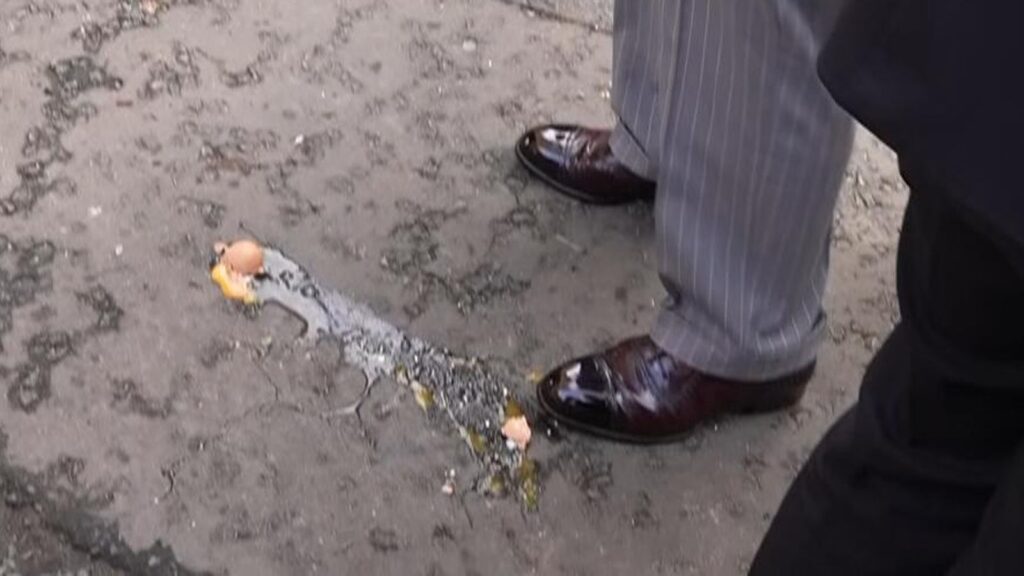 King Charles and the Queen Consort visited Yorkshire on Wednesday to carry out several engagements. They were in York to attend the unveiling of a statue of Queen Elizabeth II, the first to be installed since her death.

King Charles, who spoke at the event, said: “The late Queen was always vigilant for the welfare of her people during her life. Now her image will watch over what will become Queen Elizabeth Square for centuries to come.”

The 2-meter sculpture, weighing 1.1 tonnes and made from Lepine limestone from France, was designed to celebrate the late Queen's platinum jubilee and was completed in August, a month before her death.

No, thanks.
How do you feel after reading this?
Tags: King Charles III

(CMR) A cat was spotted inside a traveler's luggage after it passed through the security scanner at New York's John...

Woman arrested with cocaine in wheelchair at JFK

(CMR) A woman was arrested at John F. Kennedy International Airport for allegedly smuggling US$450,000 worth of cocaine in the...

(CMR) A Texas woman who has worked at a family medical practice for 20 years reportedly caught an STD after...