Police assisted with the rescue of 14 migrants adrift at sea

(CMR) Fourteen Cuban migrants who were adrift at sea for seven days after their vessel had an engine failure were rescued with the assistance of the RCIPS helicopter last week. The migrants who were in distress, having run out of drinking water a day earlier, were transported to shore by a private yacht.

Reports are that during the early morning of Thursday, 27 October 2022, three irregular migrants reached the shores of Cayman Brac and were met by the police and Cayman Islands Customs and Border Control officers. The migrants informed the officers that they had left Cuba several days before and had passed another vessel about 55 nautical miles northeast of Cayman Brac some 18 hours earlier. The vessel had broken down and was adrift with a large number of occupants.

A search and rescue operation was commenced by the Cayman Islands Coast Guard Operations & Rescue Coordination Centre (ORCC), and the RCIPS Air Operations Unit was tasked to start a search of the seas to the east of Cayman Brac. The helicopter crew aboard X-Ray 2 arrived off Cayman Brac shortly after 10:00 AM and commenced a search out towards the direction of Cuba aided by drift analysis from the US Coast Guard. Shortly before 10:30 AM, the X-Ray 2 crew spotted the Cuban vessel 18 nautical miles east of Cayman Brac and, on investigation, saw that there were signs of distress amongst some of the boat occupants and that others were signaling for help. 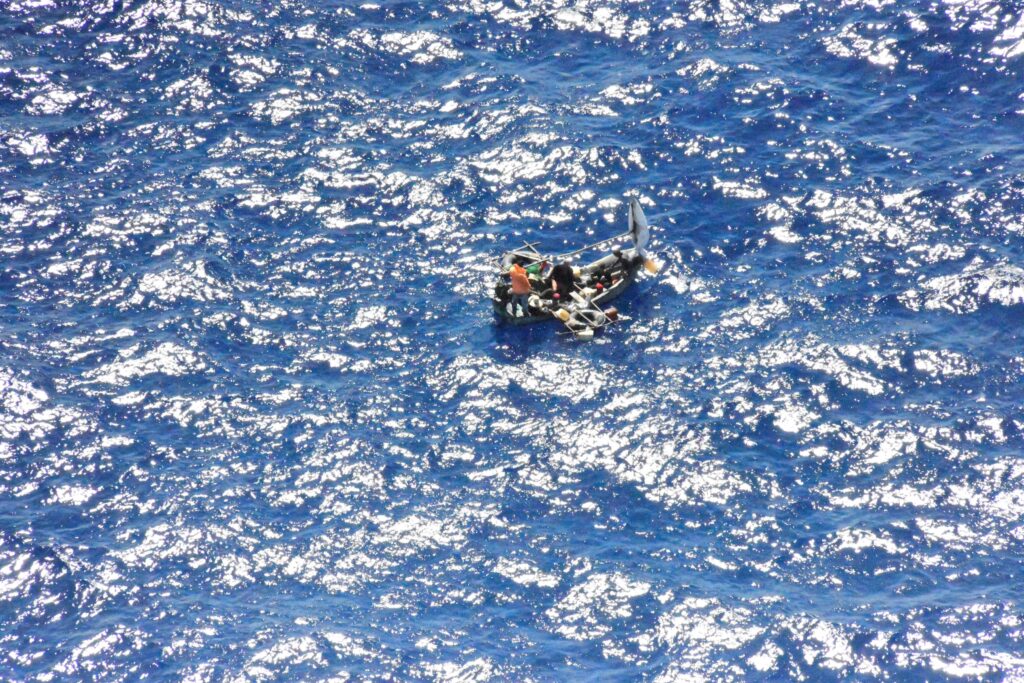 Co-ordinated through the ORCC, the Cayman Islands Fire Service rescue launch, crewed by Fire and CBC staff, launched from Cayman Brac to effect the rescue. They were aided by a private yacht that was in the vicinity and ultimately assisted with transport back to Cayman Brac. From the vessel being sighted by the X-Ray 2 crew to assistance coming alongside took a period of two hours.

Due to the time delay anticipated for the rescue, the crew of X-Ray 2 lowered two gallons of fresh water to the vessel, and a Spanish-speaking crew member used the helicopter PA system to communicate with the boat occupants to inform and reassure them of the rescue efforts.

It transpired that the Cuban vessel had suffered engine failure and been adrift for 7 days, and drinking water on the boat had been exhausted the day before.

No, thanks.
How do you feel after reading this?
Tags: boat rescueCuban migrants

(CMR) The RCIPS is informing the public that several road closures and traffic diversions will be taking place to facilitate...

(CMR) Four people were arrested for immigration-related offenses on Wednesday, 23 November at the West Bay Road Public Beach during...