(CMR) A contingent of six RCIPS officers traveled to London for the State Funeral of Her Late Majesty Queen Elizabeth II, which took place on Monday, 19 September. The officers attended the funeral parade along with Detective Sergeant Daucea Scott, head of the Domestic Violence Investigation Team.

DS Scott, a 30-year veteran within the RCIPS, participated along the procession route. Throughout the day,  other RCIPS officers assisted with crowd control and essential general policing duties and rotated positions with DS Scott on parade wherever possible.

“The Royal Cayman Islands Police Service, in support of the attendance of His Excellency The Governor and the Honourable Premier, were honored to have taken part in the funeral service in London for Her Late Majesty Queen Elizabeth II,” said Commissioner of Police, Derek Byrne. 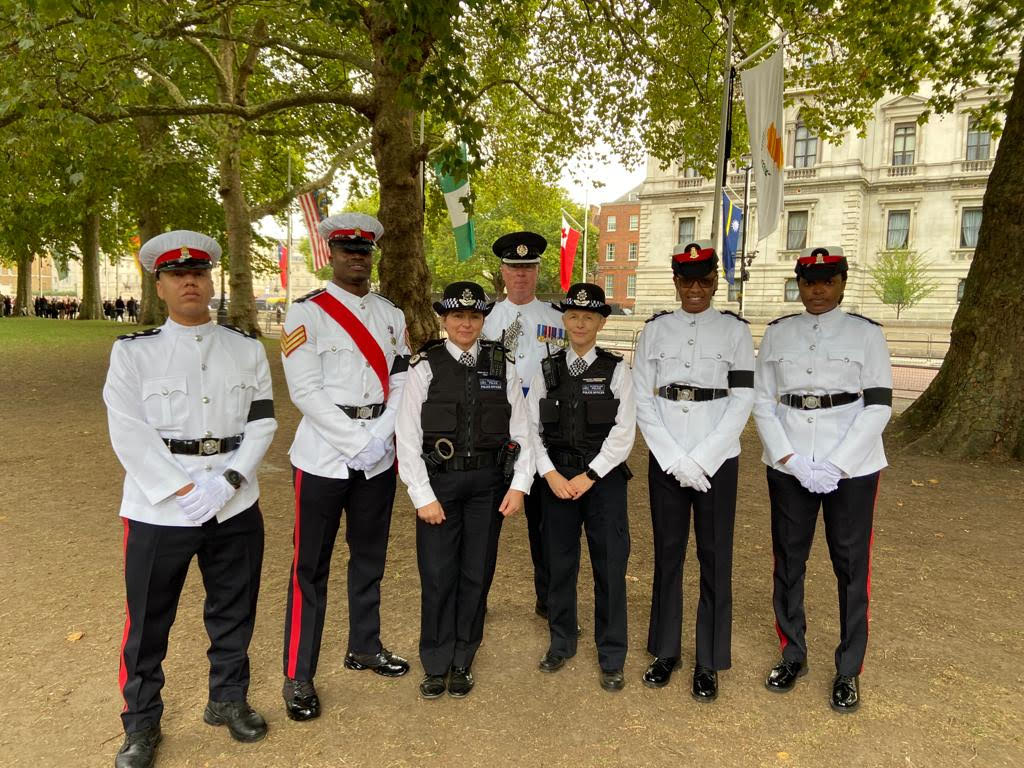 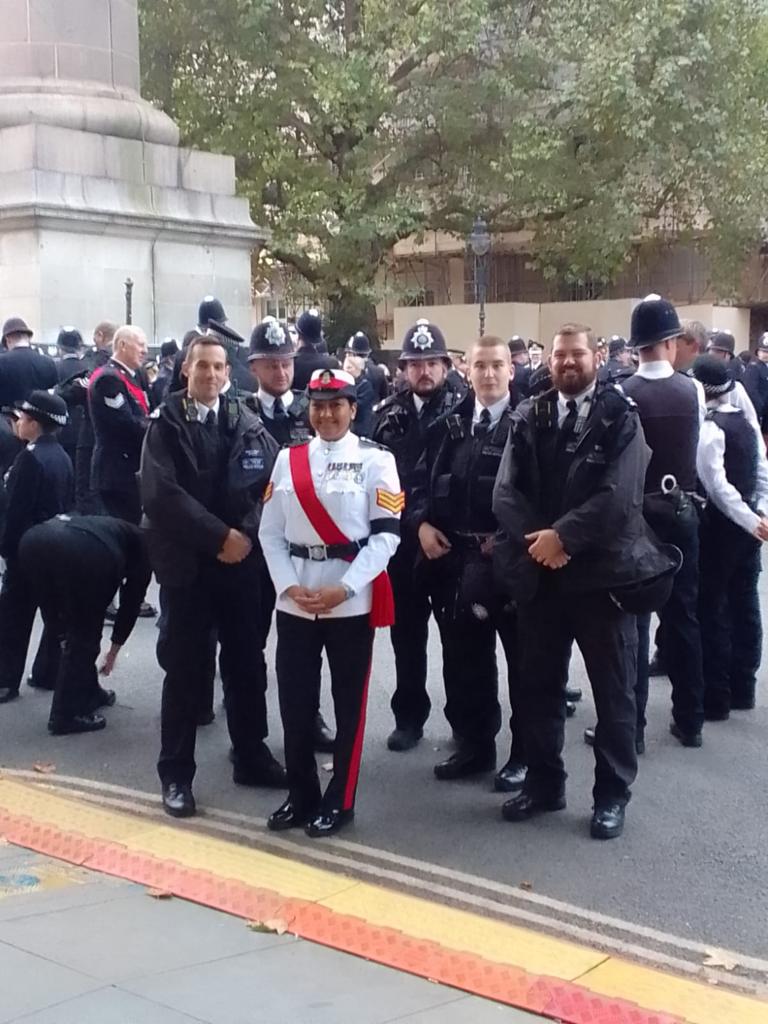 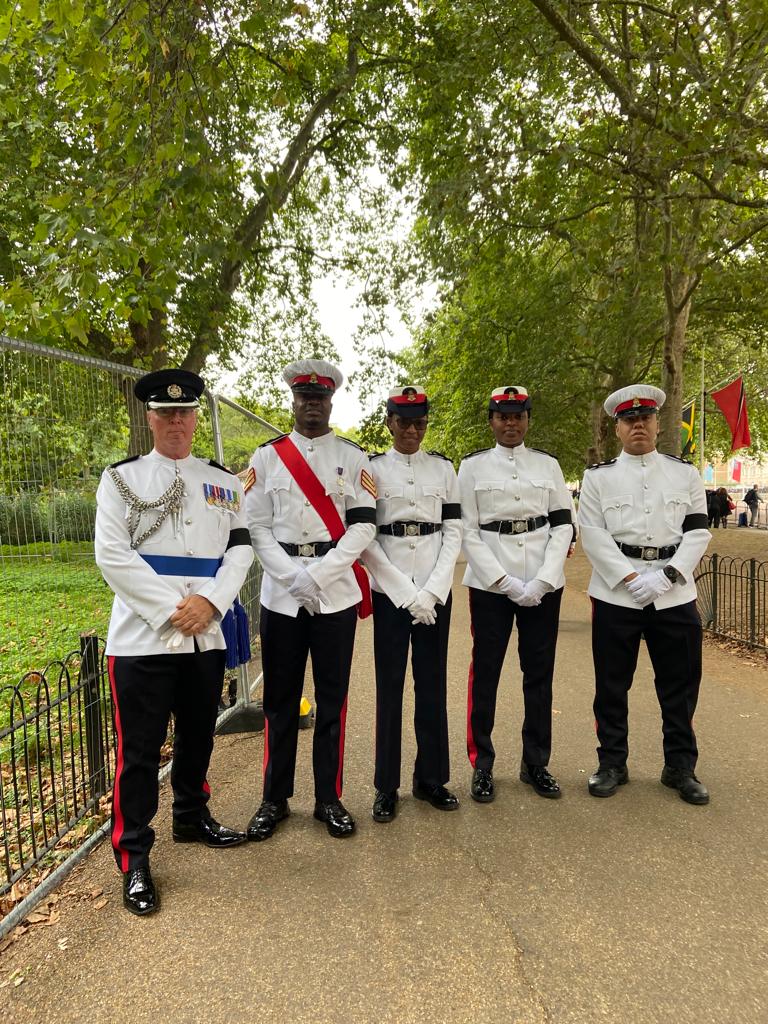 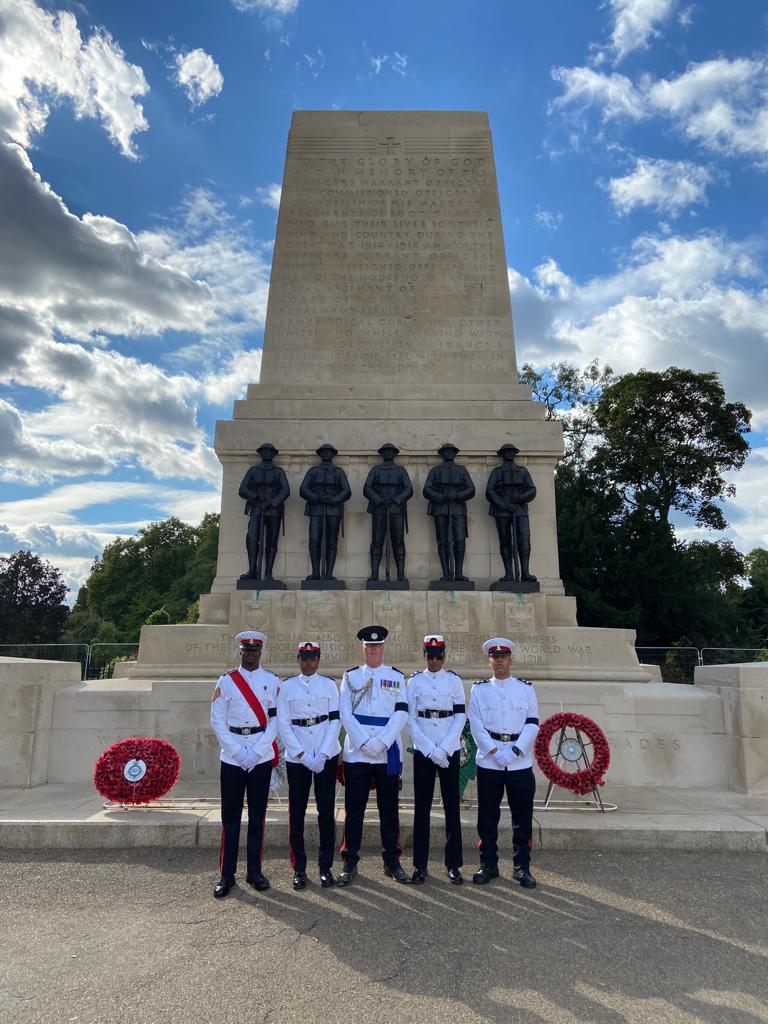 “The RCIPS representatives, comprising three male and three female officers, were led by Detective Superintendent Peter Lansdown, himself a former London Metropolitan Police Officer, have been selected from various departments across the service and have represented the Cayman Islands with great pride in ceremonial uniforms. It was indeed a great honor for the Service to be part of this historic and solemn occasion in London,” he added.

His Excellency Governor Martyn Roper stated, “It really was quite fitting that representatives from the Royal Cayman Islands Police Service took part in the funeral proceedings for Her Late Majesty Queen Elizabeth II in London today, Monday 19 September. RCIPS personnel joined representatives from police forces across the Overseas Territories and the United Kingdom in London. I, like others across our islands, are proud of their service at this historic event.”

Before the funeral, the officers attended the Cayman Islands Government Office ‘Moment of Reflection’ for Her Late Majesty Queen Elizabeth II for Caymanians in the UK. This event on Saturday evening was hosted by Premier and Mrs. Panton and attended by the Governor and Mrs. Roper.

No, thanks.
How do you feel after reading this?
Tags: Queen Elizabeth II

Frank Roulstone is the new Executive Director of the National Trust